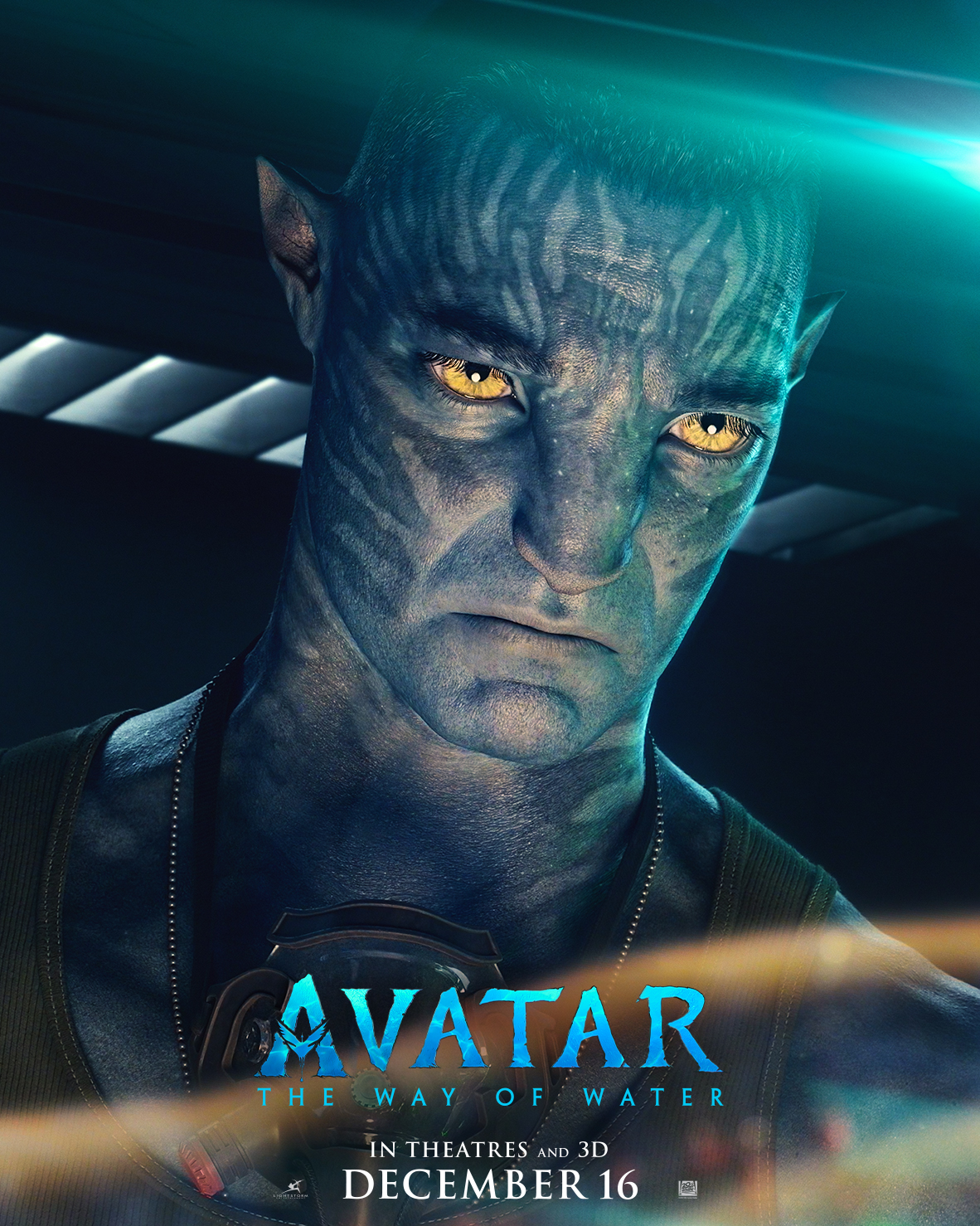 Following the inexplicable, four quadrant success of Avatar – a movie everyone saw but nobody remembers, James Cameron has been locked away in a filmmaking lab, MacGyvering the sequel with a team of engineers, who like him, are consumed by the technology of filmmaking.

Crew are supposed to be process driven of course. They operate on the assumption that the director will handle the storytelling and be invested in the stuff a visual effects supervisor isn’t concerned with, like characterisation, psychological nuance, moral ambiguity. But that’s passé in the Avatar universe – a franchise that exists to showcase hardware while decrying it onscreen as the tool of the colonial vandal – the industrial product of a modern, selfish and greedy society who’ve lost touch with Mother Earth and their spiritual connection to her dugs.

Well, what would the Na’vi make of a movie that doesn’t have a single natural element, is the product of machine learning and has no human and therefore no spiritual dimension? Not much, one imagines.

Cameron’s been cooking this TV dinner for so long that cinema, like the dull marine and navy blue bastards that populate Pandora, faces its version of the sky people – an existential threat in the form of streaming. The stuff that’s been the movies’ bread and butter since the advent of the talkies and the development of narrative sophistication – the middlebrow thriller, drama, comedy, whathaveyou – is no longer value for money now it’s available at home at a fraction of the price.

Why drag yourself to the cinema and sit with an inattentive, degenerate audience, to see something you can watch at home in high definition, in widescreen, with surround sound, while getting a hand job with zero risk of being thrown out?

Film, to survive as a collective endeavour, has to offer something you can’t get at home now both the economics of attendance and the culture of viewing have become unfavourable. Movies like Avatar: The Way of Water are billed as the answer – spectacle so dense and grandiose that only the big screen will do. But Cameron’s second foray to the new world asks audiences to trade the sophisticated long-form storytelling available on demand for vacuity. A film designed to make deserters nostalgic for the cinematic experience invokes, in the mind of the cineaste, a very old form of storytelling – the silent movie.

The Way of Water is a more sophisticated story than a man stepping on a hose or a train pulling into a station, but it’s just about on par with the technologically experimental but by modern standards, one note, sentimental theatrics of Frank Borzage or F. W. Murnau. If you’re invested in the Sully clan’s conception as characters that double as their plot function, you may want to rediscover the hitherto visually sumptuous but quant, Sunrise: A Song of Two Humans (1926), in which the protagonists aren’t even named – “Man” and “Wife” through to be enough to alert audiences to their symbolic value.

Audiences flocked to silent epics and the films won both critical admiration and technical accolades, but Sunrise, or D. W. Griffith’s Intolerance (1916) – billed as “a colossal spectacle”, are not audience favourites today. Star Wars, the franchise that Avatar would replace, employed types but genre staples given personality, matinee charm, humour, and arcs the audience could and did invest in. Avatar offers father, son, daughter, younger daughter, villain.

When the sensory stimulus of the computer generated world fades, as it surely will, what will connect people to these stories and this set of lifeless characters? Five credited story outliners and three screenwriters have failed to generate a single memorable line or characteristic. Avatar is the new gold standard for films so bland that audiences project their own sense of self onto the humanoid templates offered. If your friend tells you they love this movie, ask what, beyond a cliched and thought terminating identification with traditional family values, they saw. Cameron’s travelogue invites you to bring your own nuance.

The Way of Water is a $350m dud. A simulacrum of a movie with trite philosophy cynically employed to net the biggest catch of guppy thrill seekers possible. The whale opens its mouth and the krill are swallowed. A fortune has been spent to return the movies to where they were a century ago. That’s a novel strategy for reminding audiences why film was the 20th century’s most immediate and successful art form: a story telling machine that connected with people like no other. But a cinema of sensation designed to light up the brain stem without troubling higher functions, is a challenging argument for why we should continue to value the big screen experience.

Certificate: 12A for alien children from the future that talk like today's idiotic teens, whales re-cast as creatures with artistic ability - so on par with humans, and water imagined as the new force.