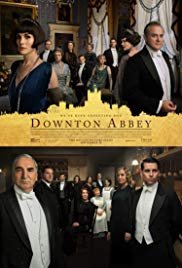 Warning: This movie discusses aspects of the plot. Do not read on until you’ve been bored by it and have started to forget it.

Welcome to Downton Abbey: The Movie, or 10 b-stories hung on an event. One of its themes (here substituting for plot points), in this sequel to Julian Fellowes stately soap opera, is that the Crawleys are the last bastion of tradition and nobility in a world that, as we re-join it in 1927, is starting to become more egalitarian and less deferential. Honestly, it’s enough to make one beat the scullery maid.

It’s appropriate then that the film represents the dying days of an old tradition in a changing TV and film landscape, namely a film adaptation signifying a promotion, a step-up from its television forebear. This used to connote an escalation in stakes, in spectacle – bringing us something the intimate world of TV with its limited budgets would not allow. Ah, for the good old days.

The Downton Abbey flick, however, opts not to do this: it’s essentially a bolt-on to the television series that employs the self-same gentle period drama, soap operatic sub-plots, and painterly Sunday evening photography. This has two consequences for the audience. First, it prompts them to think the entire exercise is redundant (why are they paying to see something that could have been transmitted as a special?). Second, it reminds you how much greater value there now is in the traffic flowing in the opposite direction – a story once limited by a movie’s three act structure and narrow focus, expanded to long form storytelling in the age of streaming and binge watching.

All concerned here, especially returning writer Fellowes, presumptuously bet the, er, house and the box office, on providing the fans with what they’re accustomed to – stuffy vignettes of aristocratic life interspersed with agitation and apprehension amongst the lower orders.

The big idea behind the feature film, that makes it seem very small indeed, is to hang all of the above on a 2-day visit from King George V and Queen Mary. This gives the Crawleys the chance to worry about noble preoccupations like pomp and inheritance, while the proles organise, responding to the threat from the King’s entourage; a takeover that challenges their God given right to doff cap to their betters.

The latter is so superfluous to the story that it could have been cut at no cost. It is, you realise, only there to give Allen Leach’s former IRA sympathiser something to do. Had the film been interested in a real temptation for him, with serious stakes, it would have been in danger of having a dramatic through line and plot – but this, it’s apparent, was not part of the game plan.

So if Downton: The Movie lacks a real story or drama or anything that might distinguish it from its television incarnation, what is it offering? Not much beyond a reactionary celebration of the hereditary principle, tradition, and deference. Sure, it’s 1927 – there’s been a war and everything, and the assumptions of the past have been laid waste, but not in the old house.

There, the servants lament the threat to their livelihood and the old social order, while the landowners nervously ponder the future – ultimately resolving to keep, as much as possible, everything the way it is and has always been.

Fellowes, anticipating this criticism, throws the modernisers a few scraps from Grantham’s table – an aside about gay persecution and the hope one day society will be jolly well more tolerant, plus a nod to a time when illegitimate children will get to enjoy their rich parent’s inheritance just like the sanctioned blood lines. All in all, an impossibly quaint and tone deaf film to release during the Brexit era of unprecedented cynicism about and scrutiny of age old power structures and their interests.

Certificate: PG for Hugh Bonneville having nothing to do but pat the dog, no A-story, and no human interest.