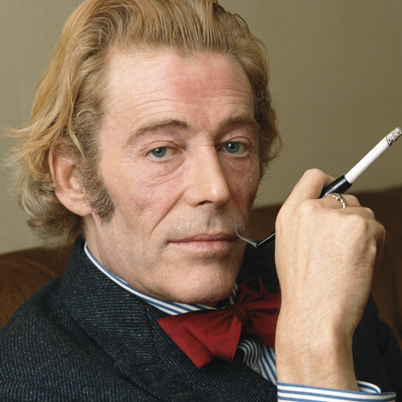 Well Ooh Trayers, it’s been another long year in movie land, and once again we reach the end, perhaps a little wiser, but certainly with less energy than when we last sat down and reflected 12 months ago. So now, as is customary, it’s time to look back to January – a more innocent time, and regurgitate the best, worst and very worst of what followed. Below are this year’s hot picks and flaccid dicks, followed by the annual jamboree that Hollywood skips breakfast for, the annual Whitfield Awards for achievement, or something like it, in the cinematic arts. Consume and look forward to a 2016 packed with goodies, including Justin Lin’s sober and cerebral Star Trek: Beyond, the much longed for remake of Ghostbusters, and Jesse Eisenberg. God speed.

Honourable mentions: Whiplash (only not in the top five because it was technically a 2014 movie), Enemy, Sicario, Mississippi Grind.

The Unseen Shaving Award: Chris Hemsworth – In the Heart of the Sea: In Ron Howard’s waterlogged adventure, sea dog Hemsworth was at sea for 15 months before his ship was destroyed by a whale fed on growth hormones, yet his hair and beard grew not one millimetre. Only later, when stranded, did Howard remember to give him a beard. That, or the shaving kit sank with the Essex. You decide.

The Variation on a Theme Award: J.J Abrams – Star Wars: The Force Awakens: Abrams’ monster hit plays it safe by reusing the story beats from the original Star Wars and adding variations so that legally he can claim he’s made a new film. The audience didn’t care of course, and maybe it didn’t matter because at least there weren’t any racial caricatures or debates in the Republican senate. Still, with just one new scene it was a tough watch for neophiliacs.

The Merry Fucking Christmas Award: Krampus: The weather outside was frightful but the seasonal mayhem was delightful in this enjoyably demented festive horror comedy that made you feel good about the holiday using reliable standbys like child abduction, killer biscuits and gun nuts.

The Train Travel on Film Award: Spectre: Most of the action in Sam Mendes’ second Bond was a dog but he (or perhaps his AD) got it very right in the film’s in no way indebted to From Russia With Love train fight between Daniel Craig’s sourpuss and evil Man Mountain, David Bautista. A carriage was destroyed, windows broken and an on-board dinner ruined. If the whole movie had been like this, Spectre would have been one of the year’s best, but 3 great minutes in 148 wasn’t enough.

The Ben Whishaw Award for Thankless Bit Parts: Ben Whishaw: On TV Whishaw did magnificent work in London Spy, trying to uncover the truth behind the murder of his lover, unceremoniously stuffed into a suitcase. Yet on film, in Spectre, Suffragette and In the Heart of the Sea, he was strictly background; a testament to casting directors’ belief that he’s best used to shore up the on screen presence of someone else. Might we see even less of him in 2016? How would we know?

The Easiest Gig of the Year Award: Joint Winners – Michael Caine (The Last Witch Hunter) and Mark Hamill (Star Wars: The Force Awakens): It’s a photo finish for two actors who got top billing but only had to put in a day’s work on their respective projects. Caine’s character was cursed in Vin Diesel’s fantasy actioner (in-story, I mean) so spent most of it asleep, while Hamill, returning as pop cultural colossus, Luke Skywalker, wasn’t even obliged to speak, merely turn to face Daisy Ridley’s Rey and look pained. It was a great facial turn from Hamill, and cheap for Disney who didn’t have to pay him the union rate for a speaking part.

The Most Overdirected Scene of the Year Award: Alfonso Poyart – Solace: How complicated does a scene featuring two people talking in a kitchen have to be? The established answer is “not very” but Poyart proved he was no slave to received wisdom by handholding the shit out of a simple conversation between Anthony Hopkins and Abbie Cornish in his psychic serial killer thriller. Your eyes struggled to gain purchase on the visuals, the composition seemed at odds with the dull exposition. You wondered, will the whole film be like this? It wasn’t, but man that was a tense couple of minutes for an audience at the beginning of a movie they’d approached blind and were now wondering whether to stick with.

The Arrogant Frenchman Award: Joseph Gordon-Levitt – The Walk: Levitt played Phillipe Petit, the man who walked between the twin towers of the World Trade Center with the aid of visual effects. Man, he was arrogant. An arrogant Frenchman.

The Great and Terrible Performance in the Same Movie Award: Tom Hardy – Legend: Hardy played the Kray Twins in this glib biopic, on one hand convincing as Ronnie Kray, on the other camp and silly as Reggie…or was that the other way round? Still, no one could say they didn’t get their money’s worth.

The Bodes Badly for Ghostbusters Award – Spy: Paul Feig’s comedy was set in a heightened chuckle universe in which everyone mugs, shouts and exists purely as a broad comic character, interacting exclusively with other broad comic characters. What hope then, that Feig’s 2016 remake of the 1984 blockbuster will replicate its grounded tone and emphasis on wit rather than shtick? On this evidence: little.

The “I wish it had been directed by Paul Verhoeven” Award – Fifty Shades of Grey: Who, but a fool, could have read E.L. James’ fuck lit sensation and imagined that what the filmic treatment required was tastefully shot sex and low-key exchanges? No, what this crap needed was master of excess, Paul Verhoeven, director of Basic Instinct and Showgirls, who knew what to do with this book before it was written. Did he even get a call? Sadly, one suspects not.

The Characters are Cocks Award – Focus: Glen Ficarra and John Requa’s grifter flick featured a smug con artist and a double crossing feminoid with no morals, who were as perfidious as their marks. What, we wondered, was the incentive to root for them when their real-world equivalents would fleece you for everything you had without a second thought? By movie’s end we were none the wiser.

Tags: 2015, Film, Film Review of the Year
Posted in Uncategorized | Comments Off on 2015 Film Retrospectre and Annual Whitfield Awards