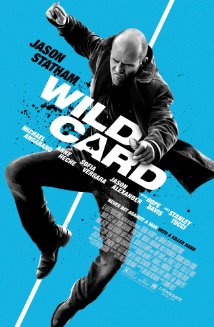 Those who’ve holidayed in Las Vegas will know it’s the city of bad luck (and the $9 shake at Planet Hollywood). One of its victims appears to be the screenplay adapted by tinseltown legend William Goldman from his novel Heat. The 1986 attempt with Burt Reynolds flopped and there was behind camera dissent galore; so much in fact that Goldman couldn’t even write about it 14 years later, the litigation still ongoing. Simon West’s version, starring everyone’s favourite Sydenham market trader Jason Statham, made just $3,200 at the US box office; the victim of anonymous marketing and audience indifference. Critics, if we dare apply that label, haven’t warmed to the updated story either. That’s a shame, because West’s seedy noir is a highly enjoyable character study with all your favourite bolt-ons: smart mouths, colourful locals, atmosphere and angst. It can also boast the occasional bout of beautifully choreographed violence, slowed down for your pleasure rather than hacked into elliptic slithers by a cokehead editor. In this, as in all its elements, the movie luxuriates and has fun. Remember fun? No, me neither.

Statham’s character, renamed Wild for this version by the bureau of film title puns, is a risk for the actor as well as the house. In keeping with the story’s noir pedigree there’s plenty of chewable overworked dialogue – the kind of stuff that real people don’t say but movie characters stuck in low rent locations do, making them more interesting that the people you sit next to on the sofa. Statham’s physical presence, dexterity and lack of polish make him ideal for the security consultant with a past who’s reluctantly pulled into a standoff with Vegas mobsters. But Goldman’s dialogue is awkward in Statham’s mouth, with some scenes resembling an attempt to get a foreign actor to speak English by reading the words out phonetically.

Fortunately you don’t go to see a Jason Statham movie for his mellifluous tones. What matters here is that he’s a great tonal fit for the story and convincing when it counts, namely when it comes to being a threat and destroying the opposition. What differentiates this movie from his usual run of generic actioners is Goldman’s character work. Nick Wild is a classic antihero; a bad guy who dreams of being better but is trapped in a lifestyle and bound by his past. Sure, some of that exposition is clunky, Michael Angarano’s Cyrus Kinnick playing like a walking set of script notes rather than a character in his own right, but West and Goldman do enough to convince us there’s mystery and conflict underneath the character’s confident hood. It’s an old-fashioned genre piece that builds on dysfunctional relationships to give the story shading and impetus.

William Goldman must wonder whether movie audiences are ever destined to see a big screen adaptation of his book, but this version’s been unjustly ignored. Las Vegas had seldom felt this grubby, not even at the Caesar’s Palace Matt Goss Lounge, while Statham, though no Oscar baiter, can be proud of his turn as one of the town’s veteran ne’er-do-wells. Seek it out; it’s a good bet.

Certificate: 15 for Stanley Tucci's hair, great tunes, and the irresponsible use of garden shears.