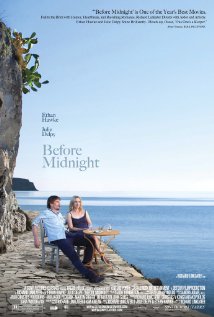 If there was a scale to illustrate the varying approaches taken to the portrayal of twentysomething relationships in American cinema, on one side you’d have the sub-screwball ironicist’s love-in that’s something like Friends with Benefits in which two hipsters trade laboured sentences with the upmost self-awareness, while on the other they’d be Richard Linklater’s Before Sunrise.

His 1995 romance saw Ethan Hawke and Julie Delpy meet on a Viennese choo choo and before you could say verisimilitude, they were talking to each other as two educated, middle class kids might. A film where the constituent action was no more than a couple walking, talking and getting to know each other, gripped because it had life’s ear. Audiences found their proxies in the characters.

We had a man who deflected direct inquisition with humour, who guarded himself with cynicism, and a woman who was unashamedly radical, compassionate and earnest. Each had insights into the opposite sex that rang true; not two stand up routines masquerading as dialogue but exploratory, philosophical chat of the kind perfectly suited to a situation where two people were enjoying a moment and trying to build bridges in a short space of time. Somehow Linklater captured young conversation as it often is – whimsical, inward looking and profiling. His 2004 follow-up, Before Sunset did the same with thirtysomethings. Hawke and Delpy’s Paris reunion, played out in real time, was a terrific snapshot of two dissatisfied lives; failing relationships, nostalgia and rekindled passions – all underwritten by two natural performances.

Before Midnight, as long awaited as its predecessor was at 9 years, catches up with Jesse and Celine aged 41, now, finally together with twin girls in tow and a sullen Hawke saying goodbye to his son from his first marriage, as the boy flies home to be with his mother in America. This is the spur for marital tension with Delpy, who has her eye on her dream job and has no desire to move to Chicago. As in real life, what begins as an exploratory prod on Hawke’s part, with the idea advanced as a semi-rhetorical venting of internal disaffection, later escalates when the subject returns during a night in a Grecian hotel room and a fight begins.

If Sunrise was the kindling of passion and Sunset its realisation, Midnight is a film about reality, responsibility and the burdens that come with a committed relationship.

In the argument that rounds out another excellent, brilliantly witty and acutely observed interchange between a man and a woman in which character is densely packed into dialogue in long takes, Hawke and Delpy have the kind of row that anyone in an aged relationship dreads; the kind where long-stirring tensions come to the fore and ostensibly unrelated grievances make unwelcome and potential damaging cameos.

As in the previous two films, Hawke and Delpy, who wrote much of their own dialogue, have perfectly captured the rhythm and cadence of male and female speech – the strategies, the evasions and the power relations. More than once certain indelible truths shine through and it’s this, plus the natural, often glowing chemistry between the two leads that makes us care so much for these characters. There’s not a hint of melodrama or falsity in the Before series. The ambiguous note that closes this instalment, like its predecessors, leaves us hoping we’ll have another chance to meet Jesse and Celine in 2022 and that their relationship will have survived the hiatus. Some characters belong together.

Certificate: 15 for untouched complimentary wine, making you think about your life, and Ethan Hawke.