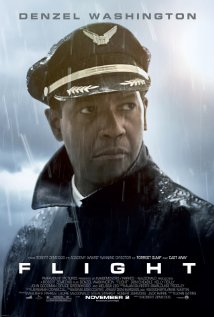 Fans of the Spielberg spinoff, Robert Zemeckis, used to say that all would be right with the world and God would be in his heaven, when the director tempered his obsession with the role of the computer in the movie making process and returned to live action photography. It was certainly an irony that the man who married CGI and celluloid better than most, deftly handling non-intrusive visual effects that served his stories, suddenly had the equivalent experience of a careful dieter who has a blow out and empties the contents of their fridge into themselves: he jumped into fully animated movies informed by motion capture technology. In the decade since Cast Away (not to be confused with Oliver Reed’s naked island odyssey, Castaway), we’ve had the likes of Polar Express, Beowulf and A Christmas Carol: unsatisfying cartoons populated by creepy, lifeless figurines.

Conscious that he may have fondled the twin globes of technocentrism and juvenilia for too long, Zemeckis has returned to the land of the living with Flight, a preternaturally affected morality tale for adults, told, somewhat ironically considering the lead character’s alcoholism, with the upmost sobriety. Zemeckis wishes to remind us that he’s a serious filmmaker and nothing marks a reluctance to be jocose like the casting of Denzel Washington; here deathly and dispiritingly sombre as a morose airline pilot with a suite of addictions who makes a decent fist of saving his passengers when his plane fails, only to then face questions about his conduct in the lead up to the crash.

What might have been an interesting character study and mystery for the audience, pivoting on the question of whether Washington was indeed culpable for the disaster he subsequently managed, is somewhat waylaid as Zemeckis and screenwriter John Gatins fixate on the theme of providence and the egregious inference that there can be no redemption without it.

God, as is his wont, is omnipresent in this drama from the beginning and one’s inclined to wish he’d retreat and leave us to contemplate Washington’s real world exigencies. From the moment Denzel clips a church with his plane, having briefly brushed the heavens high on cocaine and booze only to be literally cast down, the almighty is never far from view.

God is listed as a suspect in the crash, Denzel’s co-pilot, his legs crushed, lies under a crucifix and tells his sullen wingman, “there’s only one judge, sir” and later, in case we haven’t quite got the point, John Goodman, Denzel’s dealer, introduced with a glob of the devil’s music in the form of The Rolling Stones, gets his client sharp for the official hearing and instructs the man’s lawyer to “get him to the church on time”. “God help me” cries Denzel, as he contemplates his ruinous addiction but it might have been better if he’d helped us by instructing Zemeckis and Gatins not to be so heavy handed in the religious symbolism department. This is frippery, plane (sorry) and simple, marking the second time, following Contact, that philosophical gubbins has marred an otherwise solid Zemeckis movie.

If we’re inclined not to focus on God’s somewhat indiscriminate mercy (death for the airline hostess that dared to have a sexual appetite, a crippling for the co-pilot that turned up for work clean and sober) and ignore the movie’s absurd piety and crude moral compass, there’s some moments of high drama in a movie that, in keeping with Zemeckian practice since the mid-nineties, is about half an hour too long. Washington’s arc is confidently realised and well played and there’s good support from Kelly Reilly as the drug addict who briefly gives Denzel some feminine comfort.

Once more Zemeckis, the old effects pioneer, integrates them with restraint and subtlety into the narrative – Reilly’s dilated pupils being a neat example – but the story, conceived as a fable, is fatally weakened by that decision. If there’d been a harder emphasis on Denzel’s culpability for the crash and had certain details been held back, allowing the ensuing investigation to become our own, this could have been an engaging and meaty drama. As made, it never quite takes off.