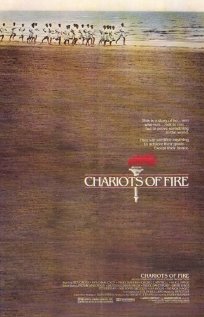 Athletes may be physically remarkable but they’re some of the most stolid characters venerated by man. That aside, their Sisyphean stories and the dewy eyed nationalism they’re frequently packaged with, were made for the big screen. The movies reflect our fantasies, and there are few more potent than the idea that our sporting men and women represent something of the national character and by extension, ourselves. That, presumably, is why God demanded they be bores; it makes it a hell of a lot easier to project onto them.

If you’re a real life Andrew Wyke or Mr Bridger, the kind of sentimental Englishman that feels their lip tremble on the last night of the Proms; who has a picture of HRH mounted above the crapper, then chances are you’ve got very fond memories of Hugh Hudson’s shock Best Picture Winner; itself a regurgitation of unreliable memories. Screenwriter Collin Welland couldn’t resist a bit of imperial triumphalism when the movie was anointed as superior to Raiders of the Lost Ark at the 1982 Academy Awards. “The British are coming!” he cried. Even now you can hear the contents of Steven Spielberg’s stomach curdling.

When his next picture lost to Gandhi, the following year, it must have been obvious to Spielberg that the Academy were rewarding not filmmaking but a set of abstractions; nobility, dignity, respect, determination – we British have a patent on at least half of these, and we’re acutely aware they act like Viagra for wizened old academy voters. Indy’s slide under that moving truck just didn’t embody those same values. Chariots of Fire was therefore marked, with history’s branding iron, as being a worthy winner rather than a worthy winner.