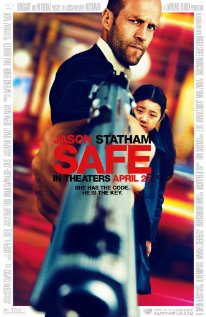 Remember I told you; the American movie is changing. It was ever international; built by immigrants, refined by émigrés, informed by foreign filmmaking cultures –German, Japanese, French; but American movies have always remained quintessentially star spangled. They’ve internalised the raw material sourced elsewhere to bang out something culturally distinctive; the mark of a film industry in rude health.

When I was a young critic, maybe six or eight (I skipped seven as it was deemed an unlucky number in my household), writing for the Primary School Review, it was this window on another world – a colourful, brash, fantastic place full of uninhibited characters and buzzing metropolises, that made watching American movies so enjoyable. American hegemony seemed impregnable and it had a lock on the big screen.

As a Brit, it was an easy industry to embrace; there was a shared language and thanks to US cultural imperialism half our pliable population had started to use the same idioms as these movies’ characters anyway, including calling films movies. It didn’t matter to someone sitting in a London cinema that the film hadn’t been made for them; we knew very well the intended audience was sitting thousands of miles away. Going to the flicks was about entering another world, and if that escapist utopia had the stars and stripes billowing in the background, fine.