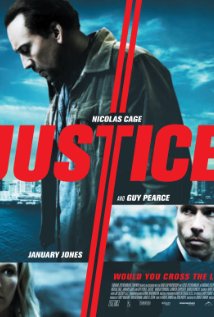 Nicolas Cage and Michael Caine; nothing much in common you may think, yet as usual you’d be wrong; both men have experienced a career downturn instigated by a colossal tax bill.

Caine’s began with Labour’s pip squeaking 82% levy on those with portly wallets. With little more than a few million pounds a year to live on, he took the understandable decision to flee Britain and set up home in the US. Liberated from his liabilities and with cash to spunk, something strange happened to the actor’s career antennae; that, or the guilt from evading UK tax prompted a mental breakdown.

All of a sudden no matter how much money Caine had, it wasn’t enough. He craved it like Kirk Douglas covets a full stop. A spate of bad roles followed; bee-movie shocker, The Swarm, soft-porn atrocity Blame it on Rio, Jaws: The Revenge, a sequel so poor that it effectively cancelled out Spielberg’s original, and Michael Winner’s experimental anti-comedy, and still a contender for the worst film ever made, Bullseye!; retitled Bullshit for international release. Critics were sending Caine their own money, begging him to stop.

Nicolas Cage is currently experiencing similar levels of derision, recalling Caine’s career at the dawn of the nineties. Like the former Mr Micklewhite, he’s indiscriminately accepting roles, cavalier as you like; the kind of irresponsible behaviour that might warrant an intervention, were it not for his $14m unpaid tax bill and a suite of debts that includes law suits and counter claims.

Cage, unlike Caine, really does need the money; ridiculous when you consider how much he must have stuffed in mattresses (and possibly mistresses); consequently, following the likes of exploitation afterbirth, Drive Angry and Season of the Witch (total earnings for 2010, $26m), we have another mercenary turn in Justice, a lifeless vigilante thriller, that sees Coppola’s nephew indifferently manoeuvre his way through its twists and turns, inconsequentially supported by underpowered direction. Vacant in every scene, Cage looks like a sex partner whose mind is on someone else. It’s worse for knowing that someone is his accountant.

Playing on territory well furrowed by Michael Winner in Death Wish and its 42,000 sequels, Justice hopes to play on the public’s ever prevalent fear of crime; the law of the jungle offered as an alternative to the namby-pamby, feminine concept of due process. Ah, but here’s the twist; Cage’s English teacher, lover to both the written word and January Jones’ personality free musician, doesn’t like violence at all and disappointingly, and somewhat counter-intuitively, given his casting, that remains his dull position throughout.

He does, however, consent to Guy Pearce’s shadowy band of vigilantes murdering the man who raped and beat Jones to a purple puffball in return for an unspecified favour. Hold on, says Donaldson, Cage hasn’t lost his liberal instincts, he was flush with anger, temporarily insane, and sure enough he instantly regrets making the deal; even more so when Pearce hits him for a murder.

This isn’t a bad set up; it simply denies us a satisfactory pay off. If Cage sticks to his guns, not that he’d carry a gun, eschewing violence for calm and smarts, then you have an actor employed for his wildman shtick, impotent in a role that only allows him to look over his shoulder and take phone calls. If Cage snaps and goes after the men who have threatened to kill his wife unless he fulfils his part of the bargain, he’s a hypocrite and the movie’s defence of law and order is bunk. In short, we can’t win, nor do we. Donaldson’s ship takes on water fast as we paddle our way through an action free narrative that barely scratches the plot’s potential as a taunt chase through the moral maze.

Instead, despite being strong-armed into killing a man, the only time Cage breaks a sweat is when he returns from a run. His passive, barely expressive character, therefore fails to convince as the put upon everyman. In time we grow to hate Cage’s wet fish persona and that innate decency, because it makes him so fucking boring. Donaldson could have circumvented his leading man’s lethargy with a few OTT setpieces but no; the film haemorrhages energy.

The climax, in which the violence hating man of letters is finally forced to take a fist to Guy Pearce, sidesteps the movie’s moral quandary by employing January Jones as an unlikely angel of death. Jones, whose character has no life and no function, other than to provide Cage’s motivation and keep him honest at the denouement, gets her man off the hook by pumping Guy full of bullets. It’s a lucky break for us, as Cage was there to represent our values, and an empowering moment for personified plot devices everywhere, but it’s more than a little depressing to see another movie in which the female love interest is nothing more than an adjunct to the male lead.

Michael Caine eventually broke the bad role habit, sometime after On Deadly Ground, realising that money and preferential tax status weren’t everything. He had enough houses, enough cars. Nic Cage works to keep his. If he succeeds and clears those debts, let’s hope he too can kick the habit. After all, audiences can only be taxed so much.