Requiem for a Rock Star

Although he looks more rock gardener than rock star today, Coventry-lad Mansell began his musical career with self-styled ‘industrial anarchists’ Pop Will Eat Itself. After a decade of middling success and a handful of top thirty singles, PWEI disbanded in 1996, leaving Mansell to consider a change of career and a chance to lop off the crusty dreadlocks he had been sporting for nearly two years. 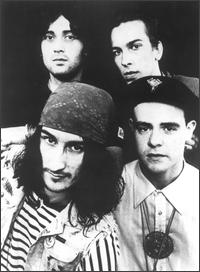 After the breakup of PWEI, Mansell moved to New York, ostensibly for the fact that his then-girlfriend lived in the city. But, the real reason was his belief in the age-old image of the Big Apple as a city of dreams. ‘I had this idea that I’d do something different,’ says Mansell, ‘and my ego thought it was something that would change the world.’ But, with few contacts, no money, and little idea of exactly how to proceed, Mansell spent five months simply wasting away in the darker reaches of the city. ‘It was just really, really painful,’ he sighs. ‘It was a very rough part of my life.’

Luckily, in early 1997 a mutual friend introduced Clint to a film school graduate who was looking for a composer to score his first feature. Darren Aronofsky, a native New Yorker, and another man who shares Mansell’s sometimes overreaching ambition, remembers when the two were introduced. ‘He lived in a loft with a ceiling about four foot high,’ says Aronofsky, ‘and he had this little Atari computer that he did his programming on and two guitars with broken strings. So, I’m standing there thinking “I really don’t know if this is going to work out,”’ he laughs.

In the end, it was the revelation of a mutual taste for John Carpenter’s compositional work that resulted in Mansell scoring Aronofsky’s debut, Pi, a tale of a paranoid mathematician’s quest to create an equation that predicts the patterns of life. ‘The first question I asked was “what’s your favourite score?” I was expecting something really pretentious, but he turned to me and said “Halloween.”’ laughs Aronofsky. ‘I figured, let him write the theme of the movie and we’ll see what happens.’

But, money problems crippled the original plan. ‘The idea was to license pre-existing electronic music from other sources to use in the film,’ says Mansell, ‘but the reality of the situation was that we had no money and no backing – there was no industry involvement in making Pi – so people were reluctant to even take the call to talk about their music.’

In the end, Mansell scored the majority of Pi, giving him a project to throw himself into and seeing him through some very dark times. ‘I was pretty much homeless at that point,’ he says. ‘I was actually living in this crawlspace above Darren’s kitchen for awhile. It [Pi] was the only positive thing going on in my life at the time – I had some people to work with and something to believe in.’ 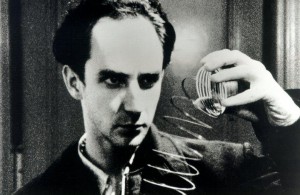 Drawing on his PWEI days, Mansell brought repetitive electronic melodies and heavy industrial basslines to the Pi score, creating tracks that sit comfortably alongside the likes of Orbital and Aphex Twin on the soundtrack and stand a million stylistic miles apart from his later work. Nevertheless, Aronofsky believes Mansell’s score held the disparate elements of Pi together. ‘It kind of saved the film,’ he says.

With Pi achieving significant financial and critical success – Aronofsky was nominated for the Best Director award at the 1998 Sundance Film Festival and the piece reaped $3 million from a paltry $60,000 budget – Mansell began to seriously consider taking up a career as a film composer. But, again, inexperience and a lack of film-world contacts worked against him and he spent another jobless two years, this time in New Orleans, until Aronofsky offered him the chance to score his next film, addiction-chronicle Requiem for a Dream.

In sharp contrast to the rather painless conception of Pi’s musical direction, Requiem’s score went through a far more troublesome genesis. Involved in the project from the pre-production stage, Mansell brainstormed with Aronofosky continually, eventually developing what they thought was the soundscape of the piece.

But, when the score demos were placed into the film, it was far from what either director or composer intended: ‘it just did nothing. It sat there like a bump on a log,’ Mansell recalls. Seeking to escape the ever-mounting stress of Requiem’s pre-production, Aronofsky went to see the Kronos Quartet – one of the world’s most talented string quartets – at Madison Square Garden. According to Mansell, the performance had quite an impact on the director. 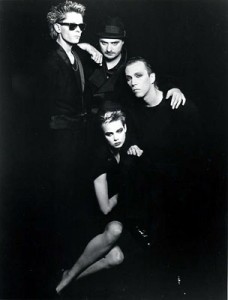 ‘He said they were probably the best players in the world!’ laughs Mansell. ‘He got a chance to see them again, got introduced to them, and pitched them the movie… He showed them a rough cut with my demos in and they were blown away. They said straight away “We’re in.”

With Kronos on board, Mansell was forced to step away somewhat from his electronic roots and confront his lack of formal compositional training. ‘I had never written for strings before that point,’ he says. ‘I had written the main piece as I knew how, which, in those days was “if the Ramones were playing a piece of music, what would it be like?”’ he laughs.

Although the Requiem score retained some of Mansell’s trademark electronic elements, he utilised a wider medley of influences than in Pi’s fitting but rather predictable score, experimenting with everything from a conga number to an orchestral epic. Likewise, the darker themes on show – addiction, loss, and self-destruction – allowed Mansell to channel his own character – ‘I just love raw emotion. I can be pretty happy being down,’ he says – and resulted in the first showing of the meditative, ethereal compositions that would come to characterize him as a musician. 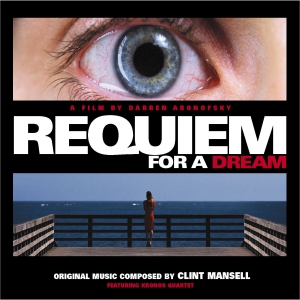 This shift in focus, coupled with Mansell’s experiments with chamber strings and the Kronos Quartet, gifted Requiem a track that encompassed the entirety of the film’s themes and took on a life all of its own. ‘We found this one piece that was part of something that I had written but we hadn’t used it all that much,’ says Mansell. ‘When we placed it into the film, it hit home every time.’ Those few bars of music eventually became Lux Aeterna, and one of the defining moments of Mansell’s career.

Although Requiem was a huge success, garnering an Oscar nomination and widespread critical acclaim, Lux Aeterna entered the popular culture consciousness in a way that neither Aronofsky nor Mansell predicted. Used in countless game and movie trailers, as well as various product advertisements, the piece is everything Mansell’s music seeks to do distilled into just under four minutes of otherworldly strings, cyclical melodies, and throbbing drums. Like the best of his work, the brooding composition manages to be haunting, delicate, and moving while remaining eminently listenable.

Mansell first became aware of the popularity of the piece when he saw the trailer for 2002’s The Lord of the Rings: The Two Towers. ‘It blew my mind!’ he says. ‘I kept looking around to see if anyone else was listening to it, but everyone else was talking.’ Although the track, remixed and re-titled as Requiem for a Tower, resulted in considerable exposure for Mansell and Requiem for a Dream, the composer was divided over the commercialisation of his work. ‘I didn’t really want it; we didn’t have a chance to say no,’ he says. ‘But it’s undoubtedly shone a spotlight on the score and, industry-wide, helped me.’

Despite the success of Requiem, Aronofsky’s next project, a $70 million science-fiction epic tentatively titled The Last Man, endured a horrific pre-production. Originally slated to star Brad Pitt and Cate Blanchett, the production was shut down indefinitely when the two actors pulled out. With Aronofsky developing a stripped-down version of the film – now titled The Fountain and revolving around one man’s quest to find the mythical Tree of Life in three time periods – Mansell resolved to ‘kiss every frog and learn [his] trade.’

Over the next five years, Mansell worked on everything from the Vin Diesel-starring mob thriller Knockaround Guys to videogame adaptation Doom and even an episode of CSI: Miami. By branching out into as many genres as possible, Mansell continually developed his own compositional style, all the while building the score for Aronofsky’s long-gestating opus. 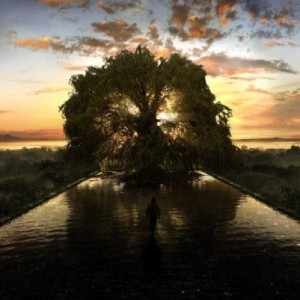 By 2005, The Fountain was back in pre-production and Mansell found that his apprenticeship spent ‘kissing frogs’ was invaluable to his growth as a composer. ‘Just dealing with the studios and deadlines and working with orchestras… was fundamental to what I did with The Fountain,’ he says. ‘If The Fountain had come on the back of Requiem, the score would have been totally different.’

Reenlisting the aid of the Kronos Quartet and the services of Scottish post-rockers Mogwai, Mansell set about establishing a soundscape for Aronofsky’s genre-blurring, multi-period mini-epic, eventually focussing on the nature of the piece as a doomed love story.

Melding the mournful strings of Requiem with moments of Mogwai-inspired bombast, The Fountain became the defining score of Mansell’s career. From the subtle, haunting refrains of The Last Man to the driving, tribal rhythms of Tree of Life and the dark, Lux Aeterna-esque grandeur of Death is the Road to Awe, The Fountain’s soundtrack is an unforgettable elegy for love lost. Capturing perfectly the themes of Aronofsky’s complex, heartbreaking drama, the piece also signified Mansell’s coming of age as a composer. ‘It was a project that totally consumed me,’ he says, ‘and I feel it’s some of my best work to date, if not the best.

k on Aronofsky’s Black Swan and with more than thirty scoring credits to his name, Mansell is a world away, both stylistically and professionally, from the ex-rocker who arrived in New York over a decade ago with dreams in his head and lint in his pockets. ‘What I’ve really learned is that if I be myself and follow my gut instinct, I can do something I think is worthwhile for somebody,’ says Mansell of his long career.

So, does the award-winning composer miss the heady days of his youth? Would he rather be onstage belting out Dance of the Mad Bastards than working with poncey string quartets? ‘Not at all,’ states Mansell. ‘I would definitely like to play live again, but something more befitting to my advancing years… It’s difficult to get me out of the house these days let alone on the road!’