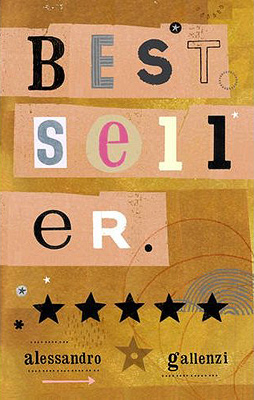 Industry, Eat Thy Self

Alessandro Gallenzi’s trawl through the world of publishing, while not being much of a novel, does manage to score some surface hits upon slow moving targets. Aspirant novelists who pick it up in the hope of gaining some deeper insight into the magic formula that leads to publication, will have their prejudices confirmed and their cynicism stoked. It simultaneously attacks the maladies afflicting the publishing world, not least the huge advances paid for the pulp of the future, while presenting them as unassailable. That the author of this rebuke to profit at the expense of art is the founder of Alma books, the publisher, only adds to sense of disillusion. He quotes Emily Dickinson – “Publication is the auction of the mind of man”. What then, should we bid for Gallenzi’s thoughts?

There’s the hint of an embittered attack on the industry running throughout the novel but also a sense of an author pulling his punches, lest he seem too condemnatory of his peers. Jim Talbot, the feckless novelist (unpublished natch), is a parasitic wastrel who, it’s suggested, thoroughly deserves his lack of success having written the likes of “Appointment with Death” and “The Woman with Three Faces” and dispiritingly, he’s supposed to represent the archetypal writer at whom the novel is aimed. He’s defrauded his own mother to fund his retreat from economic reality and has a general contempt for women who are “frivolous, whimsical” beings, “constantly bent on the most trivial aspects of life.”

But if Jim has his creator’s contempt and is afflicted with a “medieval” view of the fairer sex, he at least, can use the defence that he’s a homo fictus. Gallenzi’s casual disdain for women is less easy to dismiss. There’s an uncomfortable setpiece in which comic mileage is extracted from Jim’s farcical research visit to a brothel and subsequent tussle with a “fat whore”. Each of his female characters, the sexy secretary, the Glasweigan coffee shop owners who later impede upon Jim’s fortunes, triumph using sex and duplicity. In fact, Gallenzi’s diagnosis of the problem afflicting the modern market can be summed up in one word; feminisation.

Holly, the savvy assistant who has the ear and the bed of the lascivious publishing consultant, tells him “It’s the girls that buy the books, not the boys. And most people who work in publishing are women”, though the characters in Gallenzi’s story that hold any power are conspicuously male. She goes on to recommend that they change their list to something “more mass markety – more girly.”

What might have been Bestseller’s salvation, biting satire aimed at the likes of Penguin, Random House, et al, is underwritten by slight characterisation and broad humour. Its characters have no psychological depth and no function except to represent their respective side of the literary equation. We know that Jim is a wishy-washy bohemian type, replete with long hair and an inability to relate to women because Gallenzi tells us so, but beyond that, we do not know him. The style is breezy but bereft of original detail.

Similarly, Charles Randal, the old school book publisher who’s ousted by the corporate machine is a former “young idealist”, the personification of the old bookseller’s romantic infatuation with literature. He pops in and out of the narrative to rage against the crudity of the profit motive. His opposite is publishing consultant Nick Tinsley, who makes pronouncements like “shit always goes to the top” and on editing, “second proofs? Are you joking? This isn’t Random House – we didn’t publish Ruth Rendell or Dan Brown last month, did we?”, a line that made me laugh because of the optimistic suggestion that Dan Brown may have had a first proof.

In a similar vain Tinsley’s protégé is a slimy corporate lackey called Payne-Turner, and so on. The oppositions are that binary, the humour that broad and there’s little attempt to transcend those stereotypes to produce something akin to an insider’s tract. Those who buy Bestseller hoping to get the feel of the publisher’s office will instead find themselves plumped into the audience of a situation comedy. Not much to spook the horses here.

That isn’t to say that Gallenzi’s experience doesn’t produce some neat asides for those hungry for insider knowledge. Jim encounters an author who borrows his own books from libraries in order to maintain their loan ranking and keep them in print, a scenario that has the feel of a real anecdote. There’s also the hint of conversations overheard at a literary fair in which agents gather to buy the most demented prospects. That the threadbare plot turns during Jim’s tussle with these agents and we’re some 140 pages in, signals the lack of pace of the page while the frivolous tone makes for a light-hearted romp that lacks the venom that the subject matter so richly deserves.