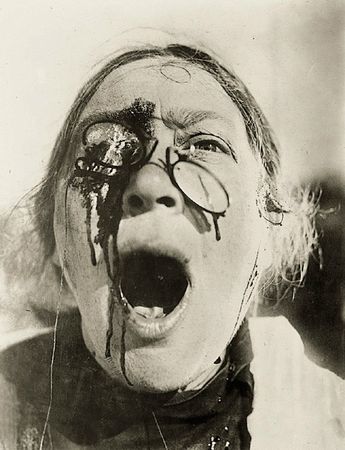 When film criticism is good, it entertains, illuminates and becomes a companion for its parent piece of celluloid. At its worst, it’s vague, sodden in unsupported opinion and little more than a plot summary. The Paul Ross Report, named in honour of one of the worst tabloid film critics of all time, bar The Ooh Tray’s David Frames, sifts through the bad in order to make the good that much more visible. Remember, it’s the very worst reviews that get read by the very most people.

The release of Kick-Ass gave The Daily Mail’s Christopher Tookey a chance to foam at the mouth. The Mail, though a necropolis for balanced arts criticism, does at least give a film’s cultural load its due. Tookey, however, was so distressed by what he saw that he couldn’t quite bring himself to talk about the film itself. 11 year old Chloe Grace Mortez’s use of the word “cunt” dominated the diatribe. It was the collapse of culture, the shredding of a sacred taboo, “mindboggling irresponsible” and “evil”. But these at least, were comments on the film itself. The review turned when he left the cinema for the dark and foreboding world outside.

“The film-makers are sure to argue that there’s nothing wrong with breaking down taboos of taste” he said, pre-empting the review of his review, “but there are often good reasons for taboos.” Neglecting to tell us what these were, he went on, “Do we really want to live, for instance, in a culture when the torture and killing of a James Bulger or Damilola Taylor is re-enacted by child actors for laughs?” Although it was hard to see the line that lead from Hit Girl’s swearing to a comedy about the real-life murder of a Liverpublian toddler, film fans could at least be grateful that Tookey had asked the question.

Empire magazine, ever excited, sent Chris Hewitt to see I Love you Phillip Morris, though it wasn’t clear he’d seen the same version of the film shown to other critics. Lauding Carrey’s turn as a homosexual con-artist, Hewitt neatly circumvented the problem that befalls any Jim Carrey role, i.e. the disconnect between the gurning goon and anyone the audience can identify as a real human being. Fine when you’re Ace Ventura or a real-life eccentric like Andy Kauffman, not such great casting at all other times.

Hewitt told us that “the comedian enjoys a dream role that allows him to combine his old school comedic box of tricks – the pratfalls, the sweaty, manic intensity and even the odd rubber-faced gurn – with an emotional honesty that feels earned and genuine.” It wasn’t clear how Carrey could earn emotional honesty and it was a given that it would have to be genuine, if indeed if was honesty at all, but could Hewitt have mistaken natural responses  – i.e. someone dumps us and we look depressed, for the organic and well observed tropes of an actual human being? Certainly it was a comedy based on a real story but wasn’t Carrey a cartoon character? It’s “old-school Carrey outrageousness” he declared, confirming that he knew the problem even if he was in denial about it, “a genuinely touching and very modern love story”. Well perhaps it being about the love between two gay men did make it ‘modern’ but couldn’t Hewitt find another euphemism for one-time taboos popping up in the timid mainstream? Homosexuality is as old the hills – ask the Romans. Still, at least it was genuinely touching, as opposed to artificially so. Perhaps the film was hyperrealist and necessarily inflated to carry the personality of its star but at least it felt real.

Combining a précis of the plot with the occasional spasm of opinion, Zane’s review pulled off the trick of telling you what you’d be paying to see without analysing any of it. But why would you need to know anything about the visual style within a visual art form? So if Alex wasn’t going to tell us anything about the photography, the use of music to evoke atmosphere, the performances of the three leads or how successful it was in the context of what the filmmakers had tried to achieve, what was he going to talk about?

“This is a film with heart to spare” he wrote, “and despite the comedy pedigree of its creators – who co-wrote The Office and Extras – it is more of a drama with very funny moments than a film played mainly for laughs.” Well arguably The Office and Extras were structured like dramas, rather than balls out sitcoms, but that’s fair opinion. But wasn’t “a film with heart to spare” a lazy cliché? What did that mean exactly, Alex? If there was any spare, could we have some?

The review continued, “While the themes at play have been covered numerous times before on screen” (as almost everything has), “they feel fresh thanks to a clever script that favours quiet reality over high drama.” Ah yes, quiet reality – a clever script – I’m beginning to form a vague impression now. Sun readers now knew the type of film they were dealing with, even if they still knew nothing about it.

Having picked out his favourite scenes without discussing why they worked, Zane concludes the tour by re-considering his earlier assertion that the film had “very funny moments”, upgrading it to “hilarious and heartfelt in equal measure.” Patrons could now attend knowing that Zane had carefully calibrated the weighting of hilariousness to heartfelt moments and found them to be equal. Fine work.

You have to remind yourself that The News of the World’s Robbie Collin is being paid to see films whereas you are not. If you needed any evidence of the injustice and tyranny in the world there it is. His review of David Baddiel’s comedy about identity politics, The Infidel, began with a pun which was mislabelled as a verdict – “Jihad to laugh”. Baddiel’s film wasn’t about Holy War of course but it did feature Muslims, and the two have become irrevocably conflated in Collin’s mind.

Still, nevermind Robbie, tell us about the film. “The Infidel is the new comedy by David Baddiel…but don’t hold that against it.” I wasn’t coming to the movie with any preconceptions Robbie, but thanks for cushioning me. So, the film then…

This reader was starting to get nervous now. Was Robbie going to discuss the film at all? Finally, he puts his envy for Baddiel’s career with its accolades and sexual opportunities aside and gets to the beef with a mercifully short plot summary. So what did he think of it? Did Baddiel’s script successfully satirise Islam and Judaism? To what extent? What sort of tone did he strike? Was it funny? Better yet, was it cinematic? Would Robbie care to comment on the direction, lighting, camerawork or allusions to past works?

“This is a decent idea for a comedy but it’s stretched a bit thinly over the film’s 105-minute running time.” Okay, could you explain that opinion?

“Omid’s been chipping away with supporting roles in the likes of Gladiator and The Mummy for years, playing a broad racial stereotype every time. So it’s good that he’s finally landed a lead role. Where he gets to play two broad racial stereotypes.” There’s a hint of a joke there – I’m warming to Robbie but is he going to tell us why it didn’t work for him?

“The Infidel’s got some great gags” he goes on “most of which have a stand-up routine kind of feel – but a hopelessly contrived climax saps it of any real satirical bite.” So was it biting up to that point Robbie or are you telling News of the World readers that the end retroactively atrophied the previous two acts? If so, can you explain why? But unfortunately Robbie simply can’t be bothered, abandoning his review altogether to end on what he imagines to be a comic note. You’ll recall he implied David Baddiel wasn’t too funny in his opening remarks.

“I would like to nominate Omid for an Oscar right now” he scribbles, “hairiest shoulders ever to appear on camera. Back, sack and crack? All the candles in York Minster don’t have enough wax to sort this guy out. The man needs to be fecking SHEARED.”

Sporadically funny with a hairy star: One imagines that David Baddiel, who gave up a year of his life to write it and see it through to production, would have read this considered treatment and thought it time well spent.