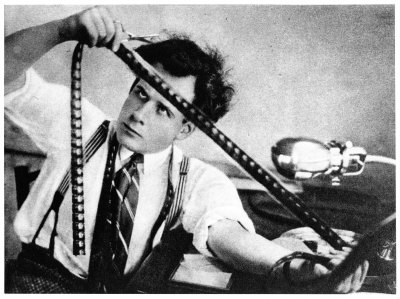 Ronald Bergan’s two Guardian pieces on the state of film criticism – “What every film critic must know” and “The film critic is dead, long live the film critic” anticipate much of this mini-essay. This piece is no rebuttal, as Bergan’s thesis is sound, but there’s a follow up conversation to be had, namely what does effective criticism look like and how can it be made relevant to a disinterested audience?

Bergan’s pieces contained many salient points about the state of film criticism. He produced a list of must haves for the fledging film writer and noted that the universality of the medium, its democratic nature, had lead to the creation of another popular fiction, that cinema wasn’t an art form and therefore serious criticism would only serve to exclude the very people who enjoyed it.

This is the man and woman in the street who sees their trip to the movies as a throw away form of entertainment. I’d go further than Bergan and suggest that this idea has poisoned the popular imagination. What’s frustrating is that this meme has become so successful that it’s bled into every aspect of film production and reception. Millions of people attribute the label “film fan” to themselves and celebrate photochemical waste with the badge proudly displayed. The irony is that rather than Film being a simple form of entertainment, the converse is true.

Film is arguably the most complicated of the arts and therefore requires the highest level of scrutiny. It must be divorced completely from the apparatus of production, because this engenders the notion that it’s little more than an industrial process that churns out confectionary for the “masses” to gobble up. It’s a fusion of hitherto existing arts – music, theatre and literature, from which it has borrowed many of its narrative conventions, but film’s effect upon its audience is arguably more influential, more immediate and, when viewing the kaleidoscope from the other end, more reflective of the cultural imperatives that shape even the most innocuous of narratives.

The manner in which the elements of musical score, staging, lighting, performance and the medium’s distinct grammar – the close up, the two shot, the tracking shot and so on, interrelate to produce the desired effect (or not), require an attuned sense. Of course anyone can potentially do it, that’s not the fallacy. The fallacious argument is that anyone can do without being re-educated in how to read what they’re looking at. Once you’ve learnt how to taste wine, at the risk of choosing an elitist metaphor, you can never drink gut rot with the same indifference. The same is true for the trained eye. Good film critics differentiate the vintages from the table wine and invite the public to employ the same techniques to test for themselves.

When Bergan dared to suggest that the humble film critic should be educated above the level of their readership, he was accused of being elitist. But why? If the film critic knows his Bazin from his Eisenstein, if he understands how mise-en-scene functions to alter an audience’s psychological reaction to a scene,  if he’s grounded in the history of the medium and can recognise the influence of art in the cinematic artifice and the rich inheritance of film movements, reworked in the modern movie;  if he knows all of this, and the ‘he’ is figurative, then the critic has an opportunity to educate his readership and introduce them to ways of seeing film which they may not have considered.

This process need not be patronising nor, in the Virginia Woolf mode, exclusionary. The novelist Alan Sillitoe famously remarked that the sign of a good writer was the ability to communicate the intricacies of the human experience in language that could be universally understood. The greatest film critics, Pauline Kael being an obvious but no less worthy example for all that, have that same ability. Kael wrote without recourse to pretension. She didn’t need it, her sentences were gold plated with authority. She wrote with concision and with an understanding of the industrial and cultural contexts that informed the films under discussion and by extension, shaped her reviews.

“Film reviewers should smarten up” Bergan argued, and there’s every reason to think he has a point. He recalled Oscar Wilde’s contention that “the public…are continually asking art to be popular, to please their want of taste, to flatter their absurd vanity. The public should try to make itself artistic.” The problem is that the internet, which attains its power from the bottom up, that is to say, from the general public, is in thrall to the absurd vanity that Wilde identified.

Film blogs, which are numerous and virtually identical, suffer because they’re front loaded with the same erroneous assumptions. First and foremost they assume that what the public gets the public wants. In order to be relevant they must tap into popular trends and follow them, rather than framing the discussion on their own terms. They’re written by film fans, a broad church if ever there was one, who may, for the most part, know the cinematic price of everything and the value of nothing.

Assuming that their interest extends beyond the mainstream Hollywood product which they’ve patronised and which drove them to wanting a proxy role in the discourse about these movies, they’ve little to say beyond a general discussion about whether they liked what they were spoon-fed or not. It isn’t uncommon for bloggers to assume that the very existence of their blog gives their opinions an authority which it might otherwise lack. Reared on magazines that give a perfunctory and often simplistic reading of films, their bad habits are embedded from the outset; a generation of young critics who’ve been indoctrinated to believe that an intellectual and considered examination of a film is by definition, pretension, the over intellectualising of the material. This is a tacit acknowledgement that they’ve been conditioned to believe that film for the most part functions as entertainment and that structuring assumption should not be questioned. Even if they chose to question it, their readership might not and therefore challenging reader’s assumptions could alienate them. For this reason, many film blogs are wasted opportunities.

They may come into existence under the umbrella of independence, and for the writers of this site that concern is paramount, but fatally, their strategy for attaining a readership is predicated upon following the mainstream media’s model; the use of PR companies to attend junkets and press conferences, the crowing and fawning over exclusives with filmmakers, all of which makes these outlets indistinguishable from their print media forebears. Readership is built without giving the new constituency something of value to read.

Much traffic is generated via news stories, ripped from other parts of the Internet and re-written to pique the web surfer’s interest. Ostensibly just a device to draw readers, its real function is to extend the marketing reach of the Hollywood studios. The film is effectively promoted and the webmaster of each hopes to piggy back their site onto the hype and forge an association in the reader’s mind between their outlet and the product. A web search on Google today will produce thousands of articles about Iron Man 2 for example, but very few will challenge the idea that you should see Iron Man 2 or the more pertinent question, namely, should Iron Man 2 be made at all?

Those that become adept at playing the PR company game and cosseting up to studios will find themselves rewarded with “access”, the process by which you find yourself invited to talk to actors, actresses and filmmakers. From a cultural point of view, such access is worthless. It generates reader interest certainly, because you may wish to know what Megan Fox thinks about her Transformers role, but it’s a little like asking the motherboard in your PC what it thinks about your computer. A concentration on the industrial aspects of filmmaking are enjoyable curios and an extension of the experience but they manifestly cannot focus on the only relevant consideration, namely the finished film itself.

Bergan’s piece acknowledges that most of the public couldn’t care less about film critics, in fact they may go further, arguing that there’s no skill required for evaluating a film. It’s an attitude I recognise from conversations with friends and relatives and more often than not it’s an attack on the egos of the critics rather than a genuine consideration as to whether there’s a place for critics in the discourse.

The Ooh Tray is here to smarten up the criticism available to interested readers. Bergan’s piece, though necessary, assumes that a new standard in film criticism must come from above, the false dichotomy between the “professional” critic and the enthused amateur. Professional criticism can come from below. The contributors to this site are minded to make themselves “more artistic” in Wilde’s parlance and thus provide an alternative not just to other blogs, many of which use the tone and rhythm of the generic film review to mask unsupported opinion, but also to the print media, whose lack of investigation will tell future historians nothing about the films of the day but everything about the attitudes of editors toward the films.

Film is a mirror to ourselves – the cerebral, the reductive, the prejudicial, the mythological; it’s too important to be dismissed as it manifestly has been in both the print media and the blogosphere. Thus we jump into the discourse on cinema as a critical friend.

Robert Bergan – “What every film critic must know”: http://www.guardian.co.uk/film/filmblog/2007/mar/26/whateveryfilmcriticmustkn