Film Review: Doctor Strange in the Multiverse of Madness 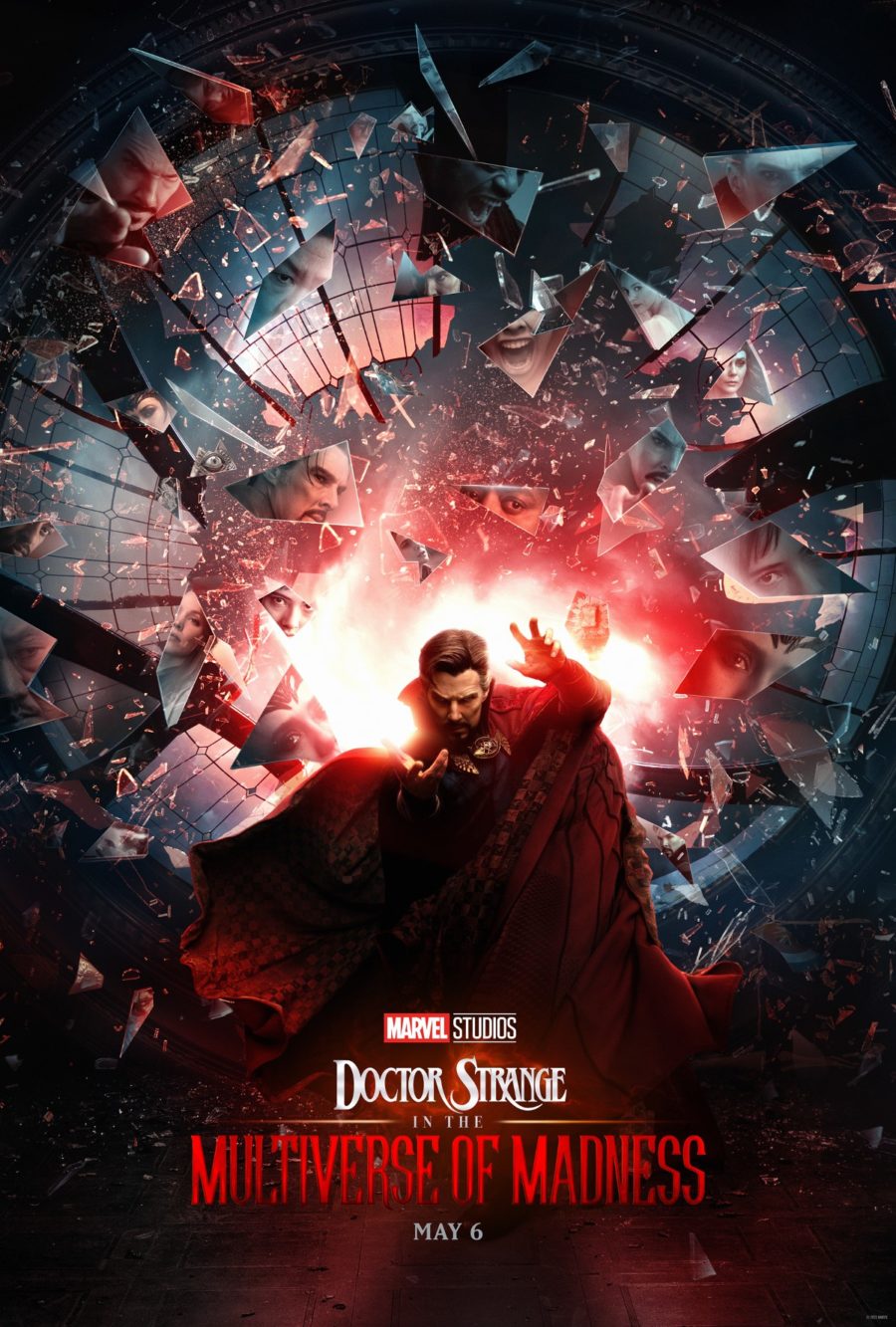 Mad about the Boys

There’s an endearing scattiness to Marvel’s new Doctor Strange adventure. It’s not a friendly standalone. Though the movie spells it out for the uninitiated you’ll get more from the film’s in media res approach if you’ve seen Wandavision and other Marvel TV outings – but that’s how it is now; the MCU has branches on streaming and at the movies, with each universe interconnected and feeding off the other.

The story, not that it matters, features a girl with universe-sliding powers and Strange’s attempt to protect her from the sapping ambitions of the Scarlett Witch, who’s been seduced by an evil book that tempts her with the prospect of being reunited with two personality-free sons she enjoys in other realities. You may say it’s a metaphor for post-partem psychosis, but the movie’s not constituted to dwell on this, or indeed any psychological or emotional beat; it’s aim is to eccentrically skip across plains of reality, incrementally edging toward the kind of schlock-horror excess that director Sam Raimi once called his own.

Marvel movies are typically bland affairs, both narratively and compositionally. Eternals had so little personality it might have been directed by software. But Multiverse of Madness is a different beast. Albeit one that’s subdued for much of the running time, only to awaken in the final third. Once rampant, the movie cannot be tamed, and it’s here that Raimi gets to enjoy himself – marrying his kinetic and comedically overwrought style with thematic material he’s very familiar with – namely witchcraft, demonology and off-the-wall heroes. One can see why he saw himself directing the film and we must be grateful that Marvel Studios had the good sense to let him get on with it.

Fans hoping for a coherent tale with propulsive action will be disappointed by Raimi’s offering. The film borders on incoherence and would not pass muster in a non-episodic movie series. But in the world of Marvel, with its many digressions and mash ups, Multiverse of Madness’s oddball sensibility and lightness of touch will do just fine. Maybe one day they’ll be long-form movie storytelling for people who like substance too.

It’s not a great movie, nor a particularly memorable one, but the production’s stylised zaniness and tongue-in-cheek approach makes it a colourful and breezy watch. Would a story with more grounded stakes and depth have lived longer in the memory? Undoubtedly. But the film’s true purpose, to open up the MCU to other realities and therefore universe-extending cameos from peripheral or defunct characters is achieved. One’s left with the horrifying prospect that this is a franchise without borders that can expand to encompass any number of narrative offshoots and consequently it may never die. Madness indeed.

Certificate: 12A for Bruce Campbell, a wizened Patrick Stewart, and spending much of the time in a universe where the main difference is an excess of trees.