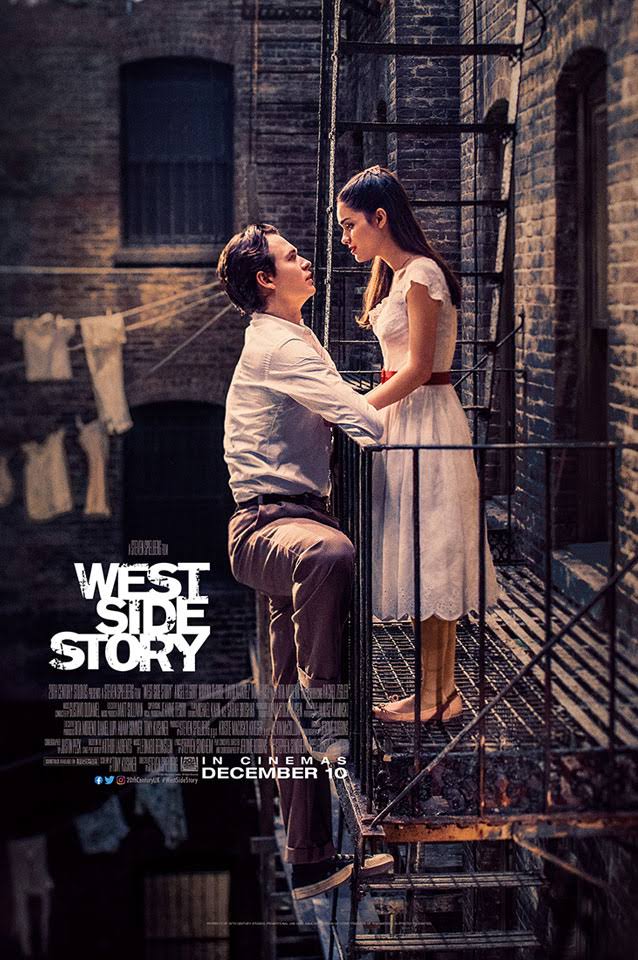 A remake of West Side Story, or something like it, has been on Steven Spielberg’s mind for decades. 1941 – the movie, not the year, was almost a first attempt at a musical. He opened Indiana Jones and the Temple of Doom with an all-singing, all-dancing number; perhaps a proof of concept for something bolder. Hook, which featured a syrupy, nauseating full-throated ditty, was almost a full blown sing-a-long. Perhaps, given its garishness and conspicuous artifice, it should have been. Still, the nerve was lost and the wait continued.

A remake of a standout flick from Spielberg’s youth has also been on the cards for decades. In 1991 he lined himself up, curiously, to remake Cape Fear, before realising it was so off brand as to be alienating for audiences. Scorsese directed it instead, repurposed the original score, cast actors from the old movie in supporting roles, and advanced the story’s cinematic credentials with lashings of style – technique that quoted his favourite filmmakers. Spielberg took note.

Now the culmination of these ruminations is here – a remake of Robert Wise’s 1961 musical or, on its face, just a new adaptation of the original stage production. But why did Spielberg choose a show that had already scooped Oscars with its first movie incarnation and is fondly remembered? Given the built in redundancy, what’s the point?

Watching Spielberg’s version there’s perhaps two explanations. The first is the chance to fulfil a fantasy – to helm something like the sumptuous, colourful, big studio musicals of the ‘50s and ‘60s for which the iconic ‘70s and ‘80s filmmaker has great affection. One could create something original in the same vein but that wouldn’t scratch the second itch, namely to impress, like Scorsese with Cape Fear, one’s own bravura technique, technical ability and movie literate sensibility onto a well-liked, but by Spielbergian standards, theatrical rendering of a stage production.

In short, whatever he may say publicly, Spielberg thought he could improve on Wise and make a definitive cinematic version. Perhaps he’s achieved this – after all, his take has greater elegance, superior composition, kinetic camera movement and more imaginative blocking than Wise’s film, plus photography that is vintage in design. But in the end, Latino casting, Spanish language use and cultural relevance in respect of racial tolerance notwithstanding, West Side Story’s the same old story and the same old tunes. It looks and sounds great – a stylistic upgrade – but it’s still a movie struggling to make the case for its existence.

If it had to be, perhaps Spielberg could have made his version distinctive by reimagining the whole thing – after all, Shakespeare’s ripe for rejigging. He could, for example, have made a hybrid of musical and source material by giving ‘50s kids Elizabethan dialogue, or made a musical about the making of West Side Story and the process of adaptation. Anything to make it new or distinctive. Instead, we have a bright if familiar production. Ansel Elgort and Rachel Zegle are luminous leads – they keep the film alive, despite it being overlong – yet we leave the movie feeling underserved. This is a film the director needed but the audience didn’t.

Spielberg’s earned the right to make a personal movie of course; if he wants to indulge himself and revisit his cinematic past, what’s the harm? But one wonders, with the director in his 70s, whether he should be using his talent to repurpose old memories when there are original stories to be told that would benefit from his masterful stewardship. It’s just a thought Steven, but with movies on the ropes and suffering from a dearth of new material, perhaps make the next one for an undernourished audience? We need a Spielberg original more than ever.

Certificate: 12A for bringing a knife to a gun fight, falling in love in 2 minutes, and unreliable messengers.