Film Review: No Time to Die 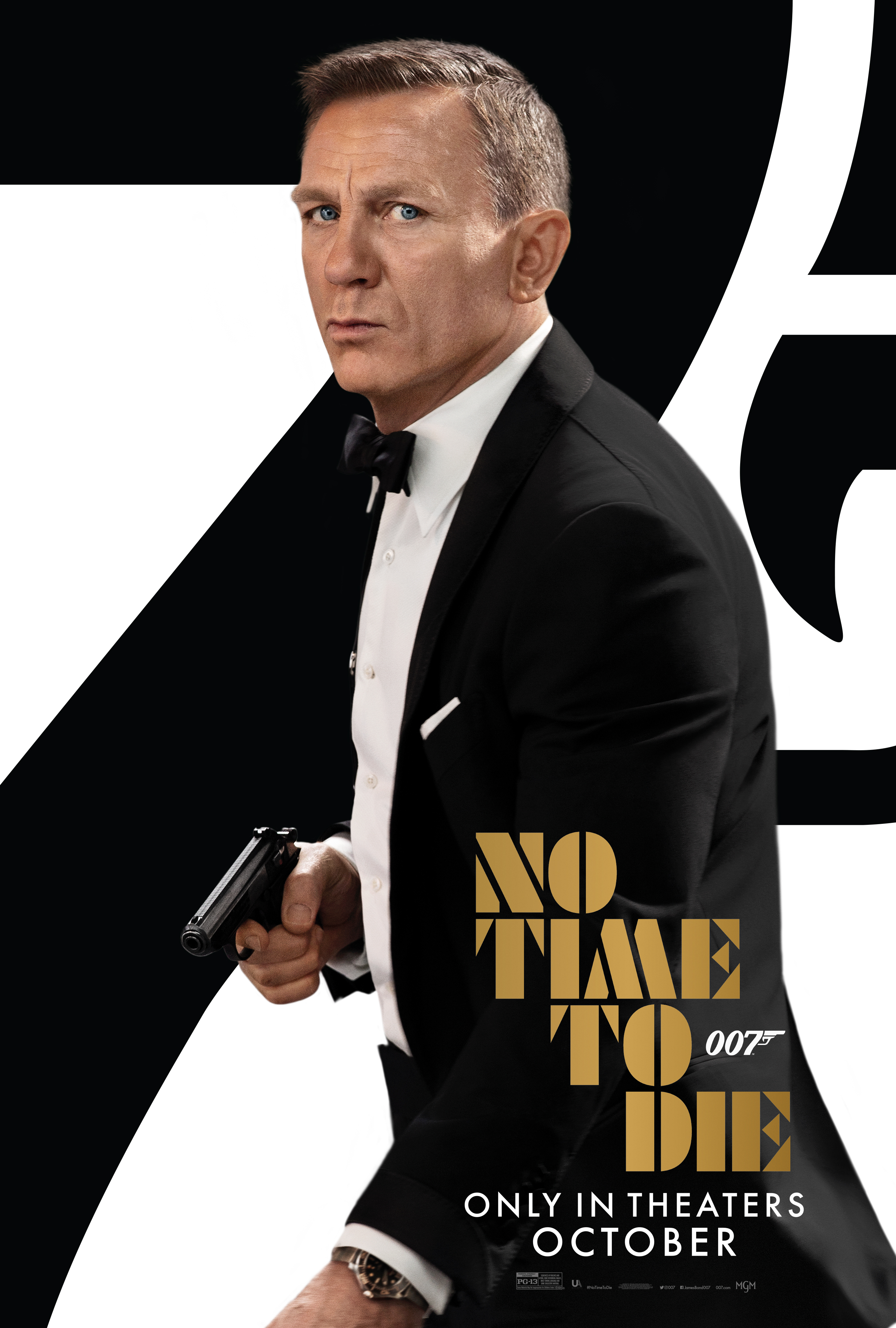 No Good About Goodbye

Warning: This review contains spoilers. Don’t read on until you’ve seen this title or counselled someone who has.

Obsolescence last stalked James Bond back in 2002. Pierce Brosnan’s missions were fun but frivolous. It looked to all the world as if Eon and Barbara Broccoli had canonised the Austin Powers movies and were raiding them for ideas. Then, the issue was tone (and still is as we’ll see) – the sense a colourful ‘90s Bond had held on a bit too long, tripping and falling into a post-9/11 world full of crying people. Had Bond movies had their day? Pierce Brosnan had. He was not invited to return.

Daniel Craig’s debut had the right idea – namely making prestige blockbusters that took the brand seriously; only the decision to impose an in-story reset was wrongheaded – a sop to realism too far, effectively creating a new series, that 15 years on is now ended. After five films – three of them direct sequels; all, following the excellent if ontologically flawed Casino Royale, progressively introspective and misanthropic (Timothy Dalton’s two outings, decades ahead of the curve, managed to avoid the melodrama and silliness that’s dogged Craig’s tenure) the series feels compelled to tackle a different kind of redundancy, namely James Bond’s place in the world.

For as long as No Time to Die has been in the pipe, which is a very long time indeed, there’s been a boorish meta-commentary on identity politics and questions about what Bond represents. You know what we’re talking about here – Bond as a symbol of British exceptionalism. Bond as a white, post-imperial fantasy. Bond as a misogynist. Bond as the personification of unreconstructed masculinity. Bond as anything in fact, bar the unsentimental and sociopathic super-spy he was designed to be.

As the literary critic James Wood once said – and yes this is the only place you’ll see him referenced in a Bond movie review – the height of intellectual laziness in criticism is a “contagion of moral niceness”, the idea that for you to invest in a character and understand them, they must reflect your imagined values back to you. If values change but the character does not, they’re deemed problematic, icky, irrelevant. But the problem James Bond has these days is not his worldview, which is wholly consistent with his job and the moral universe in which he operates, but the contagion that’s infected the audience – and not just them, but twitchy filmmakers too.

No Time to Die is determined to humanise – that is, normalise James Bond, even if it kills him. For cheap pathos and the illusion of psychological depth, it doubles down on Spectre’s intrusive relationship – Bond and Madeline Swann, and dares to add – yes, you’ve guessed it, a baby Bond, upping the stakes for our man (for Bond’s villainous analogue Rami Malek is defined by his lost family you see) and setting up a tragic finale where Bond, denied the character’s archetypal invincibility and consequence-free salutary fuck, is first poisoned using a genetically engineered virus; a pathogen that permanently estranges him from his brood; then incinerated. A double-barrelled ending that plays like an unsettled argument between two screenwriters.

Sexual politics have changed my friends. So whereas once female agents floundered and anyone who got close to Bond, usually a woman, died – most notably in the final moments of On Her Majesty’s Secret Service (here wearisomely retooled) – a dynamic that reflected power relations in the necessarily brutal and Darwinian world of spycraft, now it’s the men’s turn to suffer. The decision to make this a self-contained Bond quintet gives the producers licence to, er, kill series stalwarts like Felix Leiter and James himself. And to off Mr Bond at the very moment he threatened to become a modern man! His detractors will say he had it coming.

There’s no import from Ian Fleming’s world – no character to argue that gender politics is not a philosophy Bond can afford to take seriously when the women in his life either want to manipulate him, or kill him. No Time to Die’s ending inadvertently makes this point. When foreign powers threaten the national interest, one can’t indulge in liberal internationalism. The film inadvertently makes that point too. And yes it’s weird so many of Bond’s adversaries are physically deformed or monstrous, but perhaps the world rinses the empathy from these social cripples, making them authoritarian and controlling. What’s certain is that if Bond paused to consider the forces of oppression and discrimination that inform such lives before reaching for his Walther PPK, he’d be more lifeless than this 15-year experiment in serialised espionage.

Bond’s brand of spycraft is indifferent to the policies that regulate your suffocating, conformist workplace. A man who wondered if his ability to deadpan through the violence and the danger made him archaic, would be a teary, brooding, joyless figure of a man – not the James Bond that’s entertained audiences for nearly 60 years. It would take a certain brand of short-sighted idiocy to render him as such, as said characterisation would leave the character with nowhere to go – it invites his destruction. The audience, meanwhile, would be admonished for buying into this escapist world in the first place – the complicit, seven billion dollar spending bastards.

No, that would be a disaster so it’s a pity that No Time to Die – building on the mistakes of the other Craig sequels, does precisely this. It has to run for 163 minutes because its long periods of existential angst and familial melodrama make it incapable of cutting to the quick. That gives the audience plenty of time to mull over a plot that, like Spectre’s, mystifyingly goes for high camp and cliché – a kind of pastiche of the series proper – with Craig’s mirthless, fragile Bond, out of place as well as time.

How did the hard-faced assassin of Casino Royale end up patrolling the botanical lair of a Roger Moore-era megalomaniac with a child’s toy stuffed under his belt? And who, following Spectre, failed to realise you can’t have it both ways? Nothing makes the heightened universe of old Bond movies look more ridiculous than a cast affecting to have an emotional – well, bond, with the material.

“James Bond will return” promises the end credits, but how? It’s one thing to recast but quite another to have to, yet again, reboot the series because the producers couldn’t see beyond the last one. Barbara Broccoli is an avid reader of the Ooh Tray of course, so I offer this suggestion – how about a set of standalone adventures with an emphasis on fun and thrills, rather than emotional masochism and the ties that bind? The movies don’t have to be silly. Watch The Living Daylights – that will give you a sense of how to keep it real without reaching for tired blockbuster tropes like imperilled offspring and deadly viruses. And the best part? You can change the lead and the series just goes on. Hell, it could run for decades.

Certificate: 12A for an absurdly camp scientist, Lashana Lynch only showing James Bond due deference after she's read the third act's script pages, and creative myopia.