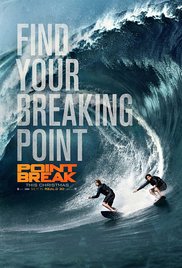 Once upon a time, remakes made sense. No, hear me out, they did. In the decades before the Hays Code was relaxed, when movies were quainter than they are today, with strict rules on the depiction of sex and violence that filmmakers found inventive ways to imply, the world of film was a more fantastic place: a heightened reality that existed a couple of removes from our experiences.

When movies were finally allowed to flirt with realism and indulge in the kind of bloody and sleazy excess denied to them for so long (1970 or thereabouts), audience tastes changed and some filmmakers looked back through the archive and spotted charming old flicks that were ripe for an update. You might call this the black and white to colour mentality. In some instances, the new sensibility, with all the possibilities modernity allowed, made for better movies. Ghostbusters (1984) is effectively an Abbot and Costello haunted house comedy updated, John Carpenter’s The Thing makes mincemeat of Howard Hawkes b-movie original, and so on. But today we’re in an age when we’re starting to remake the movies made in the “colour” era, and this, audiences have long understood (because apparently studios don’t) makes no sense at all.

The remake of Point Break is the case in point. Kathryn Bigelow’s 1991 original may be 25 years old but it still works for a modern audience as very little has changed in terms of the fundamental aspects of action cinema that appeal to ticket buyers. Fans of Reeves and Swayze’s blow out enjoyed and continue to enjoy, the testosteronic posturing, the profanity, Bodhi’s spiritual bullshit, the gratuitous and wholly welcome female nudity, and the visceral setpieces. If anything, action movies have become more conservative over the last quarter century. Hollywood’s reluctant to exclude any section of the audience or indeed any country these days, making for a broader, blander spectacle; the suits apparently unaware that these movies achieved immortality because they shamelessly courted a certain demographic, giving them a kind of purity that others can appreciate tongue in cheek. In short, there’s nothing a 2016 filmmaker can show, thematically speaking, that Bigelow couldn’t. Her movie works well and still does. Centering on surfing and bank robbery, there’s little to date it. So why are we here again?

The reason is brand recognition; a chance for Hollywood to make a very quick and disposable buck, and the movie we get is run through by its lack of necessity. Both filmmaker and audience member alike knows that Point Break 2016 has no reason to exist; that it’s redundant; and the finished product shows the strain inherent in justifying the derivative exercise. There’s tacked on contemporaneousness; talk of YouTube extreme sports videos and environmentalism; and a plot expanded to take in a slew of foreign territories who’ve hopefully never seen the original movie, so will be motivated to pay for it now.

What used to be a simple story is now a confused global odyssey, with the ‘FBI agent infiltrates a group of bank robbers who surf’ setup, soon giving way to a set of global extreme sports challenges and some pseudo-spiritual guff about atoning for man’s rape of the planet. This watering down of the original premise robs the movie of both focus and internal logic – the new Point Break never being quite sure what it’s about or what its characters want.

Everything that works is liberally borrowed, that is to say, copied, from the original. There’s a Keanu clone, a fleeting love interest (though less so in this version), macho histrionics and some nice waves. Ultimately, of course, that’s not enough and we’re left scratching our head, wondering what it was all for. Not, on this evidence, to provide a bold, new take on an old yarn; a movie that was built on the charisma and sex appeal of its leads; and not to engage a new audience, it’s far too middle of the road for that. Perhaps it was made to give Ray Winstone a chance to top Indiana Jones and the Kingdom of the Crystal Skull in pursuit of a career-worst performance. Yes, that must be it.

Certificate: 12A for triggering memories of a superior film.