Warning: "continue" targeting switch is equivalent to "break". Did you mean to use "continue 2"? in /nfs/c06/h04/mnt/94235/domains/theoohtray.com/html/wp-includes/pomo/plural-forms.php on line 210

Warning: Use of undefined constant core_mods - assumed 'core_mods' (this will throw an Error in a future version of PHP) in /nfs/c06/h04/mnt/94235/domains/theoohtray.com/html/wp-content/themes/oohtray/functions.php on line 14
 Film Review: Gone Girl - The Ooh Tray - 
Warning: count(): Parameter must be an array or an object that implements Countable in /nfs/c06/h04/mnt/94235/domains/theoohtray.com/html/wp-includes/post-template.php on line 284 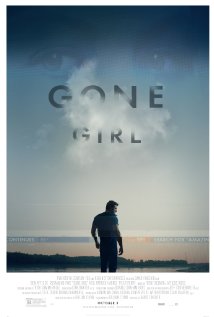 Gone Girl the novel and Gone Girl the movie are much the same beast. Both draw strength from excavating the differences between the sexes – the insecurities, aspirations and relationship expectations of each refracted through the brains of a supercilious husband and wife, and an over-plotted story and highly problematic ending undermine both.

Author and screenwriter, Gillian Flynn, sensitive to the charge that she lost her mind while searching for a satisfying conclusion to her demented tale, promised film audiences a reworked final act. Though ostensibly a kindness, reintroducing the element of surprise for the novel’s loyal fanbase, many, including this critic, suspected an author grabbing a rare chance to fix a botched plot. In the event the climax to David Fincher’s adaptation is much the same, the conclusion being that Flynn, having created a memorable monster in the form of Amy Dunn, still couldn’t bear to punish her, even if sanity demanded it. Fatal Attraction this ain’t. Men get lasting punishment for their infidelity in Gone Girl while women are given permission to be malicious and manipulative.

In fact Gone Girl the movie, by omitting certain aspects of the source novel, goes further than the book in suggesting that Amy, unlike the feckless and adulterous Nick, may have a legitimate excuse for her outlandish self-righteous behaivour. The novel was evenly balanced in that respect. Nick, played in Fincher’s movie with just the requisite amount of smarm by Ben Affleck, had a senile and misogynist Dad who popped up at regular intervals to remind the reader that certain innate attitudes, relating to a woman’s place in a relationship and her function in satisfying male needs, for example, are passed from father to son. Amy, in parallel, was made to feel inadequate by parents that used her as a template for an idealized children’s book character. In the movie the Dad is largely omitted while the scene in which Nick berates Amy’s parents for hijacking her childhood, remains.

Rosamund Pike’s take on the character is full-blooded and cold; she’s brilliantly served by Fincher’s typically inhuman aesthetic and eschewing of close up, maintaining the distance between the audience and woman; but there’s always that out for the attentive viewer. Affleck’s Nick is just a bit of a simpering arsehole, but Pike’s Amy is a damaged child turned entitled, spoilt adult. Loathe her or really loathe her, she has her excuse.

There’s no question that Fincher was the right man to adapt Flynn’s barmy story. His direction’s calculated and careful, in keeping with the novel’s methodical and reflective bent, while his stock collaborators, namely cinematographer Jeff Cronenweth and composers Trent Reznor and Atticus Ross, ensure an appropriate mood is maintained – a visual pallor, a sense of discombobulation and dread. But whether from reticence, or deference to the author, he’s unable to furnish Gone Girl with a satisfying conclusion. It remains a story out of control and flushed with insanity, much like the eponymous absentee.

Better is the movie’s critique of media manipulation and the scenes that gently satirise America’s weakness for confessional tabloid TV. The trial by media points may be a little overripe but they’re well taken. Ultimately it proves to be the movie’s strongest hand, a hand that might have been stronger still had the story behind the headlines not been five times as batshit crazy.

Certificate: 18 for Neil Patrick Harris, storing urine in kitchen cupboards and men made to look like idiots.