The Horror, The Horror! The Ooh Tray’s at FrightFest once more 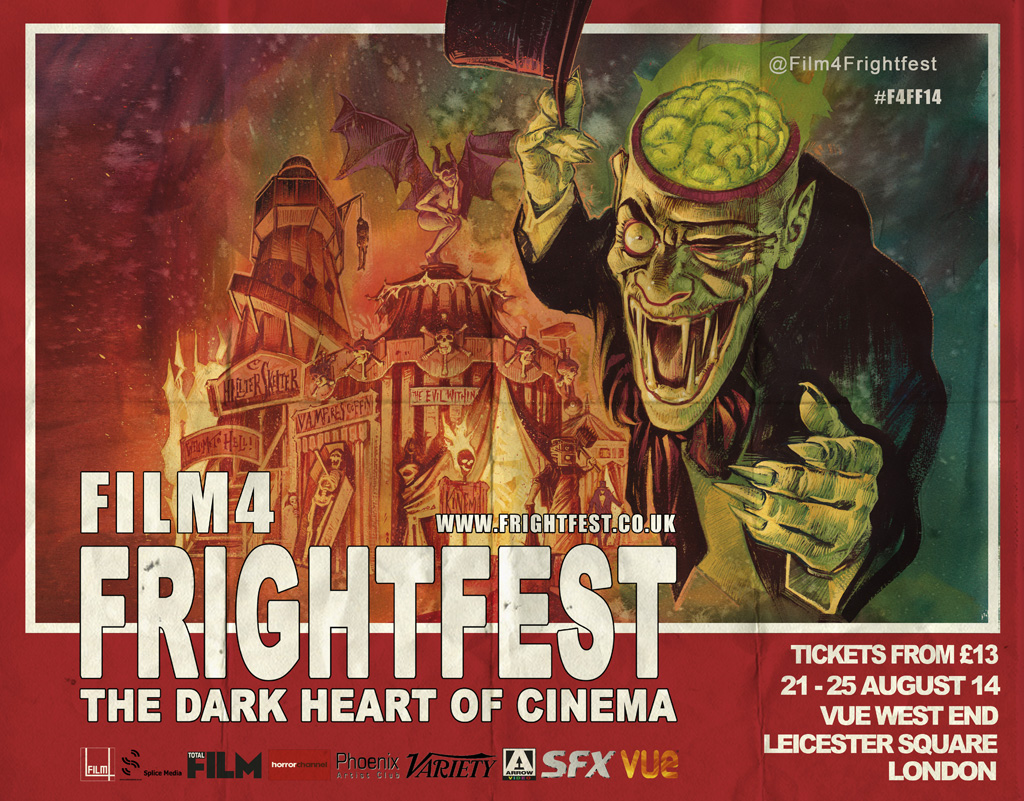 That’s right Gore Whores, once again your favourite repository of reviews and comment will be taking its seat for the August Bank Holiday horror show that is the FrightFest audience. It’s likely the films will be disturbing too, which is why we’ll be there, taking notes and clearing the blood and feculence from our eyes over several gruelling days.

As ever the organisers have positioned the festival as “the best UK promotional platform and top host for the horror genre” which roughly translated amounts to butchery, rape, scatology, found footage and, horror’s old friend, misogyny. Will there be any gems amongst the depravity? We’ll let you know.

The fest opens with The Guest, an Uncle Charlie on steroids movie, then 60 more, some of them good. We’re told they represent “a major leap forward in genre awareness” and you can take from that whatever you please, post-modern overtones and all.

The real change this year is the end of the festival’s association with the Empire Cinema, following their decision to vandalise their main screen and cut it in two, and the move to the Vue West End, arguably an end to the buzz and atmosphere that defined previous years. They acknowledge this, noting that the Vue is “more a multiplex in the standard tradition”, or a multiplex as it’s sometimes known, so those who spend their year thinking about eviscerating their girlfriend and hacking their boss with a claw hammer will have to work extra hard to foster a sense of unity and demented purpose.

So bookmark these pages if you haven’t already and check back, because as ever the only place to find out what really happened at this monster is your Ooh Tray.

Tags: Festival, Film4 FrightFest, Preview
Posted in Film, Film Reviews | Comments Off on The Horror, The Horror! The Ooh Tray’s at FrightFest once more