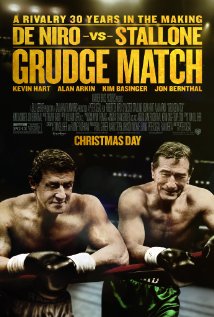 Once upon a time, before movies genres became skewed toward the young; that’s young actors playing to adolescent crowds; Hollywood dealt with its wizened equity card carriers by giving them roles befitting their status. So Lillian Gish got a meaty part in Night of the Hunter, Peter Finch barnstormed his way through Network and even as late as 1986, Martin Scorsese had Paul Newman revisiting a part from his prime in The Color of Money that acknowledged his years without lapsing into self-parody. But age is a thing now. The stars of yesteryear know it and hence a new sub-genre has sprung up, though slowly as it’s not getting any younger: the nostalgia movie.

From Indiana Jones and the Kingdom of the Crystal Skull to The Last Stand, the nostalgia flick features old timers from youthful genres revisiting old personas in the hope that audiences will turn up ready to trade their memories for cinema tickets. Age is something that must be acknowledged of course; Last Vegas, a movie that might have been subtitled “a weekend away with your favourite actors from the 1980s”, had plenty of jokes about erectile dysfunction, prostate cancer, joint pain and the like, and Peter Segal’s Grudge Match has a similar, wry, smile while you shake your head at the funny old codgers approach, though arguably it vividly illustrates why past glories should stay in the past.

The great thing about cinema, someone once said – it might have been me – is that it removes the need for nostalgic tributes to itself as one can enjoy the original experience as though it were the first time. Movies are forever and they never change; that’s one of the principle reasons they’re better than life. The Rocky Balboa of 1976 need never grow old; you can enjoy his American Dream anytime you choose and these days it looks as good as it did the first time around. But there’s no money to be made simply rewatching old movies and the stars that populated them, though millionaires, are prepared to sully our memories for an easy payday and the chance to revisit former glories.

Grudge Match is sold as Rocky Vs Jake La Motta – Stallone and De Niro in the ring – and that, you may think, is a tantalising hook. Wrong. It would have been 30 years ago; today it’s an invitation to watch a man with a torso like a plasticised corpse slowly encircle a grey haired taxi driver. How to mitigate against the lack of dynamism and vitality in a boxing movie? Segal’s answer is to play it for laughs all the way, not letting so much as a scene pass without reference to rage against the dying of the light. If you like gags about decrepitude, Segal’s bought in the motherload, but he’s also conscious that Dads alone won’t recoup costs. Consequently, despite Kim Basinger being thrown in as both men’s love interest, and eye candy for the target demographic, there’s plenty of concessions to the younger audience; those dreadful thirtysomethings that chortle at the irony of it all.

The movie balances a story about old age and confronting the mistakes of your youth with youth bait. If the prospect of De Niro courting his lost son or Sly trying to reanimate an old relationship sounds a little dull, don’t worry, there’s the off-the-wall Kevin Hart, grown in a lab using Chris Tucker’s stem cells, because we hadn’t had enough of the original, to provide the energy and the patter, plus crowbarred stuff about gaming, mo-cap, viral videos, social media and the like. Naturally there are references to Rocky and Raging Bull, else what’s the point, and it’s all very breezy and self-depreciating but despite the best efforts of the production to tick all the sub-genre boxes, something’s missing: excitement.

The problem with Grudge Match is that it’s too tongue in cheek to be a proper treatise on regret and the perils of dotage and too concerned with the melodramatic arc of both characters to provide any of the combative drama we associate with the Rocky template. Neither character is the villain of the piece, despite attempts at making De Niro the less sympathetic of the two, so there’s no one to root for per se, and this is a problem in a movie that’s building inexorably toward the climatic confrontation that Stallone pioneered back in the day. When the fight finally arrives the concept’s shortcomings are all too apparent. The writers try hard, introducing complications like Stallone’s blind eye, but the bout’s rather low key and dull as you’d expect from a clash of pensioners. How we miss Bill Conti’s stirring score and the directorial flourishes of the past. Instead, after nearly two hours of soul searching and bids for second chances, the movie fizzles out like a dud firework.

Segal could have had it both ways, perhaps having the men coaching instead of fighting, with two of today’s young bucks cast as fighters that could settle an old rivalry by proxy, but that wouldn’t have satisfied you nostalgia junkies, would it? Oh no, you wanted to see both men back in the ring! Well now you have perhaps you’ll realise that it’s cheaper and more fun just to watch the original movies instead.