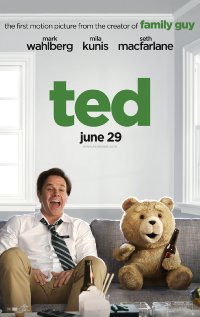 Grin and Bear It

A few Christmases ago, I was standing amongst an expectant crowd of paralytics, heads cosied with Santa hats, at Islington’s Club de Fromage. All eyes were fixed on the stage. Suddenly, a man who looked a lot like generational throwback Dirk Benedict, star of The A-Team, emerged from behind a curtain. A roar went up from the sardined drunks. My God, it was Dirk Benedict. He was boffing balloons now; volleying them over the crowd. The oily compere, tongue in cheek, goaded the horde, encouraging them to savour this moment with a kitsch icon. Benedict stood there, jeered, a broken man. Icarus had flown too close to the sun and had fallen into a pit of character assassins. Their malfunctioning weapons were irony and superiority. Dirk’s face told the story; the fixed smile, the confusion, the realisation that his dignity wasn’t worth the meagre fee. I cheered of course; I was a farm boy at Nuremberg; but deep down I felt a pang of empathy with Dirk. His shame and mine were uncomfortably intertwined.

Sam Jones’ extended cameo in Ted, Seth MacFarlane’s slacker reworking of Harvey, reminded me of this dark episode. In what is less a movie, more a ragbag of ’80’s pop cultural references hung on a storyline, Flash Gordon has pride of place. As in Family Guy, where half the jokes rely on audience recognition, as yesteryear’s archive is plundered for the collective memories that double as shortcuts to punchlines, Ted’s gags demand that you know your stuff, but more importantly recognise that stuff to be junk, its stars ripe for send up.

MacFarlane’s work has a smug, self-congratulatory feel to it (can you imagine?); often it’s flippant in place of being witty. When poor Sam is unveiled, dolled up to look like 1980, you can almost feel the psychic hand of Seth guiding yours to point and laugh. You get to be superior, just like the writer. What a wonderful feeling, it’s just a pity that Jones’ flaunting is mean-spirited. He’s a target who’s been duped into believing he’s guest of honour. Sure, he’s not the first lowbrow relic to be dusted off in order to stimulate your irony gland, but he at least can claim to have been part of something that created its own iconography. Extract the post-modernism and Ted is just a foul-mouthed teddy bear. That’s one joke subdivided over 106 minutes.

There’s something about MacFarlane’s humour, hobbling on the twin crutches of cruelty and bluntness, that seems to have a depreciating effect on everything it touches. You’re certain, for example, that Patrick Stewart was flattered into lending his voice to both this and his American Dad character, but does he realise how hammy he sounds under Seth’s direction? You can taste the bread sauce.

Just as MacFarlane has spoofed Stewart’s output, he’s managed to turn the actor into a parody of himself. And so it goes, from Stewart to Jones, from Star Wars to Cheers, everything that appears in this self-satisfied universe loses its glint. Airplane gets its homage, amongst the many movie nods, but there’s more fun and anarchic silliness in the scene that Ted recreates than any of the original jokes; a rough trade in latent racism, misogyny and scatology. In fact attentive viewers may be surprised to hear the cuddly waster mock Adam Sandler’s Jack and Jill. MacFarlane’s movie is fractionally more sophisticated but it’s made of much the same stuff.

Those wanting more from Ted than grubby cynicism will look for heart, the get out of jail free card that ultimately allows the filmmaker to wash away the feculence they’ve caked on for two hours, appealing to the sentimental streak thought to exist in all hardened audience members. It’s a time honoured device, used to assuage the guilt at laughs mined from the weak and vulnerable. It falls to Mark Wahlberg and Mila Kunis to give the movie a heartbeat, redeeming its reactionary bent.

Though the relationship is pedestrian, it is occasionally successful in fostering the illusion that Ted has some dramatic thrust; that there’s something to be resolved; but it’s hard to see what Kunis’ character sees in a man whose face looks like it’s been operated by a team of animatronic puppeteers. Wahlberg’s mode of delivery, the impression he’s passing words like gallstones, only adds to the confusion. Behind his vacant stare we can see the faintest spark of recognition; the knowledge that stoners and drunks, retarded sexuality abound, will lap this up, while everyone else will say that the script isn’t good enough, and that Ryan Reynolds has never had an easier day’s work.