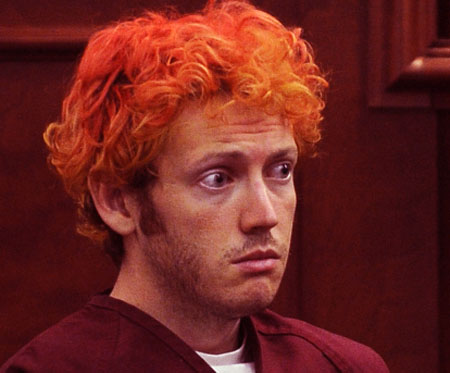 What would it do to you, to see a dramatic incident, either in film or on television, which induced an association, no matter how fleeting, with the Aurora cinema massacre? Would it destroy you? Would you be aghast – awash with revulsion like some kind of osmotic arse? Could you fathom the rationale that led to this cancerous cultural artefact? Perhaps the link, no matter how tenuous, would be too much for you. Perhaps you’d break down, simply unable to maintain control over your emotions, having witnessed this bad taste tether to a recent atrocity. Sure, you have no connection to the incident; you weren’t there and you don’t know anyone who was, but no matter; you’re upset and there isn’t a person alive who could doubt your right to be under the circumstances.

Naturally some will argue that such cultural sensitivity, sans organic or social connections to the incident in question, might put the aggrieved in the same category as very young children or individuals with profound physiological problems, but let’s not be flippant; this toxic cocktail of self-righteous indignation and proxy offence is a deadly serious state of mind. To dismiss sufferers as imbecilic misfits who lack a sense of proportion and who, in the midst of their outrage, may trivialise the painful associations felt by victims and their families, surely misses the point that each and every one of us has a right to overreact and gift the perpetrators of these crimes their single most sought after prize; power – the power to change behaviour and impose self-censorship on the populous.

With this in mind, it’s fortunate that film and television companies see their customers in these terms. Not for them the spurious notion that patrons are adults, possessing a sense of healthy detachment and the ability to discern between fictive incidents and real world events. No, rather the comforting position that they are in fact delicate saplings, who require both protection and the assurance that the media company takes the incident as seriously as these idiots take themselves.

Consequently, following the murders in Aurora, Warner Bros. have become the latest media manufacturing entity to self-censor their product. Gangster Squad which currently features a scene in which patrons are gunned down from behind the silver screen, is to be reshot in places (no pun intended), re-cut, and presented in inoffense-o-vision on January 11th next year.