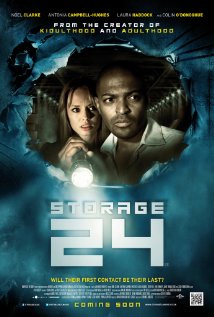 Film students, graduates, lend me your eyes. This may be the most important article you’ll ever read. It’s important for you, as a creative being, and important for the little people, who as we speak are toiling hard in serious jobs to earn a guinea to redeem at the box office. In fact, the significance, for the health of the culture you seek to represent, Britain’s film culture, may be profound. My message is clear: consider putting your energies into a genre other than horror.

That’s right, there are others.

Look, I understand the allure; it looks easy, right? It plays to your weaknesses. You can get away with having a concept and nothing more. You don’t need a plot, real characters, a talent for writing dialogue, a point, questions for the crowd, answers, and the best part is your target audience are the least demanding around. No really, they’ll pay to see anything. Scatology, misogyny, stereotyping, feculence – that’s manna to these gumps, but consider: you’ve learned some technical skills – you’ve discovered how to operate a camera, record good sound, light a scene, work with actors – why not challenge yourself to produce something original? Why not strive to create work that’s culturally distinct, so we can fantasise about having a film culture of our own? Perhaps you could attempt to change the way I see the world. You could undercut my complacency. Tear my mind a new one. What do you say – shall we rip up that zombie script, even though Vernon Kay’s attached?

What’s that? You’ve got nothing to talk about? You just want to extend your love affair with schlock by making your own? I can understand that. When I think of cinema overall, I’m conscious that ill-conceived remakes of fanboy favourites are few and far between. Congratulations on spotting a gap in the market.

Consider further: are you certain you know what made the best horror movies work? Yes, I know you think you do, I mean, you’ve studied it in the abstract, you ignored all Michael Winner’s advice, but did you get it? Could you replicate the technique that made a scene work or do you think that if you mimic the look, perhaps decorate your set in a similar way, the audience will be reminded of the parent movie and won’t notice how redundant your copy is?

Can you really claim to know what separates that clutch of memorable shockers from the boring, derivative, witless, unfocused, mindless gloop that constitutes 95% of the genre? You see it’s not as easy as you think. No genre is easy. Making a horror movie may look like a licence for monstrous self-indulgence but not every necrophile gets to be Victor Frankenstein. Harnessing the power of the cinematic apparatus to produce psychological effects, becoming a master manipulator: these are amongst the cinema’s toughest gigs. Are you up to it? Don’t start down that road if you’re not, don’t you dare, else you’ll waste my time and a lot like me who could have done something a great deal more productive with 90 minutes than watching your imbecilic ragbag of boo.

You see every film school in the world is oversubscribed with gore whores. It appeals to those that aspire to make movies but aren’t storytellers. I’m not suggesting that everyone who makes a horror film falls into this category. To date there are nine exceptions. But most just want to eviscerate a woman safely, without fear of prosecution. Be honest now, do you have a lot to say for yourself? Are you intellectually curious? Have you other interests? When you think about making a movie, do you start by asking, ‘what do I want to say with this picture?’, or, as many of us suspect, ‘I wonder if I can get Kim to take her top off before she’s raped by the Suet Monster?’

Why did Johannes want to be a filmmaker? Did anyone ask him? Did he ask himself? It wasn’t about artistry, experimentation or social comment – that’s pretentious rubbish, right? No, Johannes, cock in hand and ketchup smeared on lips, looked across the pond and saw moviemakers he admired; authors of hit films. He wanted to emulate them but like a young John Hammond, he was so fixated on whether he could, he didn’t stop to think whether he should.

If you’re starting out it may not be too late. You’re British. You live in a country with a unique sensibility. Think of the stories you could tell! Think about your life, your home, your family, the stranger you killed. Think about your culture. Think about the potential. Make something they’ll show to the class that follows yours on merit, not because you’re an alumnus. Your favourite movies will always be there. Rather than make knock offs, make some new favourites. Invent a new genre. In the fine words of Belouis Some, imagination is all I want from you.

Certificate: 15 for strong Noel Clarke, plagiarism, one inappropriate use of a child's toy and frequent horror schlock.