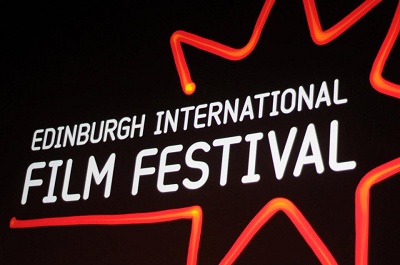 It’s time, Ooh Trayers, for your favourite site to head off yet again into the not-so-wilds of Scotland’s bonny burgh for the latest instalment of the world’s longest-running (66 years!) film festival. Pounding Edinburgh’s cobbles, bartops and eclectic programme, over the next two weeks we’ll be sorting the cinematic wheat from the chaff and aiming to give you an idea of what celluloid wonders to watch out for in the near future.

But, there’s far more to the EIFF than big names. There’s an exciting look at the blossoming Phillipine New Wave – ‘On the verge of something wondrous, profound even’ according to programmer Kevan De La Cruz – featuring the likes of Lawrence Fajardo’s chaotic look at streetlife in Manila, Amok, and Adolfo Alix’s magicrealist tale of a piscine immaculate conception, The Fable of the Fish.

For the more adventurous or technical-minded, there’s the always surprising Black Box strand of short films. Featuring ‘daring experiments in film form,’ the offerings range from In The Open’s condensing of three months of footage into 23 minutes via time-lapse, to sobbingspittingscratching’s use of ‘bodily interactions on the surface of the filmstrip’ and scratched animations to create an undeniably unique piece of filmmaking. Only at the EIFF can you see teardrops on celluloid. Literally.

You can’t have the new without the old, of course, and the festival duly caters for the nostalgic with retrospectives of golden age comedy maestro Gregory La Cava and the frequently underrated Shinji Somai, complete with an exceptionally rare chance to catch the complete works of the latter. If that wasn’t enough, there’s also a chance to see just how spot-on Michael Fassbender’s recent  channelling of Peter O’Toole was in Prometheus when the EIFF airs a special screening of David Lean’s masterpiece, Lawrence of Arabia.

Couple this with a plethora of special events, including a dialogue between master cinematographers Chris Menges (The Mission, The Reader) and Seamus McGarvey (Atonement, Avengers Assemble), and there’s bound to be something in the vast programme to sate even the pickiest of cinematic appetites.

So be sure to check your Ooh Tray regularly for an (almost) daily dose of the festival’s good, bad and downright weird.

The 66th Edinburgh International Film Festival runs from the 20th June to the 1st July. Check out http://www.edfilmfest.org.uk/  for venue and ticket information.