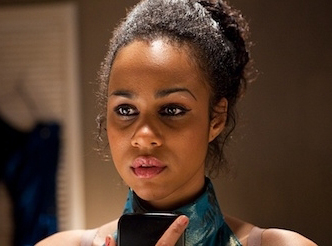 What fascinates are the mixed emotions that Vincent stokes when tested against contributor’s memories. We watch a woman still jealous of the dead girl’s looks, and a man who wishes he’d slept with her when he had the chance. You listen to the theories, the armchair detective work, and you realise that when one interviewee’s on to something when he says, “you don’t really know anyone, do you?”

Morley’s film is true to its subject, providing an aspect of the dead woman, an impression, much as Vincent did in life. Her aloofness, secrecy, feather-braid ties to friends and former lovers, left them with little choice but to speculate as to her motives, piece together the clues from overheard conversations, anecdotes and half-remembered nights out. This is what Morley does; this is all she’s left with. You applaud the attempt. She brings Joyce to life.

You feel for Martin, her early boyfriend, the man who describes Vincent as “probably the love of my life,” and maybe her one close friend, forced to add that caveat, dogged by the suspicion that there was a significant portion of the dead woman’s character that was closed to him. It’s a sentiment echoed by former co-workers and old pals. Nothing became the enigmatic Vincent’s lonely life like the manner of her lonely death. It’s a personal tragedy and a devastating social critique.

Dreams of a Life opens across the UK on December 16th. For further information and venues, go to: www.dreamsofalife.com