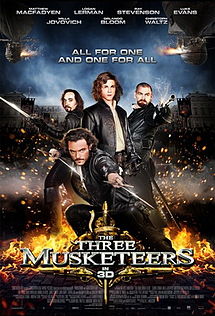 The celluloid fraternity gives a hearty laugh and tosses back a flagon of ale at the news of a new Paul Anderson joint. However, insert the initials “W.S” into that announcement and an altogether different atmosphere is created. This is the kind of news that nobody wants to receive; it’s a cancer diagnosis, a court summons, a home repossession order, a Dear John letter. Paul W.S Anderson has made a new movie and because he has, cinema, with its many pleasures, vicarious and sensual, takes another step toward an open grave.

Anderson, in stark contrast to his initial free namesake, is a consummate piss artist; a b-movie maker without an original thought in his head, and incapable of generating the same, who’s made a career from making inferior copies of better works. In the beginning, when Paul had no canon of his own, and therefore no resource from which to self-plagiarise, he was reliant on the Super Nintendo (Mortal Kombat), James Cameron (Solider) and James Cameron again (Alien Versus Predator) for inspiration.

Lacking any aptitude in the areas that served these cine-leviathans, and here I refer to an understanding of characterisation, an ability to craft smart dialogue, a sense of how to create tension, a method for extracting a good performance and a talent for using special effects in service to a good story, he instead used spectacle to prop up his stick thin premises, broad humour to paper over the lack of drama, and action schlock, again as a distraction. Later, when Paul had some movies of his own, that is to say adaptations of video games, in the form of Resident Evil and its four hundred thousand sequels, he could cannibalise them for ideas. The Three Musketeers is redolent with Andersonian tropes; a cheesewire lattice that doubles as a security system, slow-motion acrobatics, eye-fucking CGI and jokes written by primary school children. Dumas? Dumbass is more like it.

No one would wish to besmirch Mr W.S Anderson’s reputation of course, so I apologise if I’ve given an erroneous impression there, but watching his adaptation of Dumas’ oft translated novel, I harboured suspicions that Paul hadn’t read it. There’s no requirement that he should of course, it would be unreasonable to expect Kubrickian levels of preparation in this day and age. So this isn’t Anderson’s Napoleon, nor his Waterloo, that remains Event Horizon, but who needs the source novel when you can draw upon the likes of Raiders of the Lost Ark, Goldeneye, Mission: Impossible and Star Trek II: The Wrath of Khan. Few directors would be brave enough to feed that quartet into a screenwriting software package, add a 17th century setting and pay literary adapting alumnus Andrew Davis £500,000 for the use of his name, but Anderson didn’t get to where he is today by being a shrinking violet. You did.