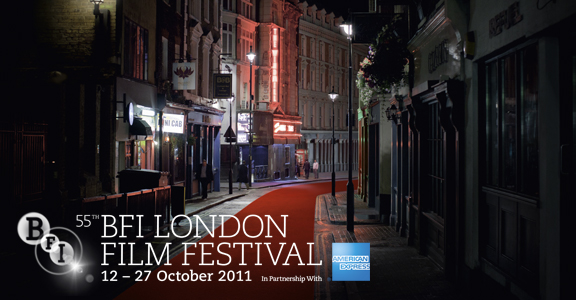 Ah, Ooh Trayers, can it really be LFF time already? Apparently so, and as ever your favourite film and literature review, or something like it, will be there, forever the interloper, to tell you the truth about an exciting and substantial programme that encompasses 204 films over a busy fortnight.

Sandra Hebron, Artistic Director promises a celebration of “imagination and excellence of international filmmaking from both established and emerging talent”.  What does that look like? Well, a complete list might test your patience but highlights surely include Fernando Meirelles’ 360, written by Peter Morgan, and starring Sir Anthony Hopkins, Jude Law and Rachel Weisz, the political thriller THE IDES OF MARCH which George Clooney directs and stars in alongside Ryan Gosling, Evan Rachel Wood, Philip Seymour Hoffman and Paul Giamatti, THE DESCENDANTS, Alexander Payne’s latest feature, Michael Winterbottom’s reworking of Thomas Hardy’s Tess of the D’Urbervilles, with Freida Pinto and Riz Ahmed and David Cronenberg’s A DANGEROUS METHOD.

Roman Polanski  celebrates his freedom with CARNAGE, Todd Solondz explores generation x juvenilia in DARK HORSE, Richard Linklater attempts to show the funny side of murder in BERNIE; Sean Penn stars in Paolo Sorrentino’s THIS MUST BE THE PLACE – a movie that might have been called ROBERT SMITH: NAZI HUNTER, but wasn’t;  Joseph Gordon-Levitt  teams with Seth Rogen in Jonathan Levine’s cancer-com 50/50, whilst Woody Harrelson stars in Oren Moverman’s RAMPART, developed from a screenplay by James Ellroy.

As ever there’s a vibrant foreign language bill for those who’ve mastered the art of reading and watching simultaneously.  Strands include French Revolutions, including THE MONK starring Vincent Cassel and Geraldine Chaplin plus a modern adaptation of Corneille’s classic play, THE SCREEN ILLUSION. Cinema Europa covers the economically crippled continent with offerings including Benito Zambrano’s post-Spanish Civil War drama THE SLEEPING VOICE and  Iceland’s Rúnar Rúnarsson’s VOLCANO, while World Cinema includes NATURAL SELECTION, the brilliant debut from Robbie Pickering that swept the board at this year’s SXSW Film Festival awards; Michael Barnett’s SUPERHEROES about real life crimefighters and Kaushik Mukherjee’s beautifully titled, ASSHOLE.

That’s the tip of a celluloid-berg that includes experimental film, shorts, dusted off classics and, if you’re so inclined, award ceremonies.  They’ll also be an opportunity to see many of the featured directors in 3D without extortionately priced glasses;  Alexander Payne, Andrea Arnold, David Cronenberg, Jonas Mekas, Jonathan Demme,  Lynne Ramsay, Michael Winterbottom and, er, Roland Emmerich are all in town.

The Ooh Tray cares not for celebrity or reputations however, so check back over the next fortnight for sober reflections on our picks from the festival programme. You owe it to your mind and your wallet.

The 55th BFI London Film Festival (in Partnership with American Express) runs from October 12th-27th. Check http://www.bfi.org.uk/lff/ for venue and ticket information.  Don’t forget to turn off that fucking phone.